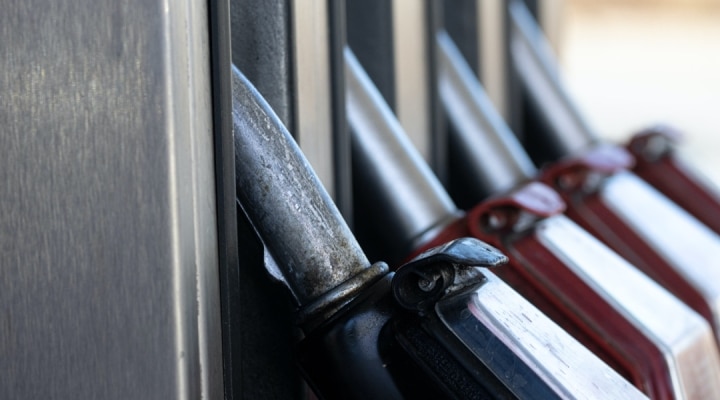 “While all of us in the ethanol industry want to take that first step with 15 percent blends year-round, the higher the ethanol blend the more the benefits”, said GLE CEO Jim Seurer. “Despite the announcement that EPA will allow E15 to be used this summer, it is a temporary measure still requiring a long-term solution.” (Marek Studzinski/Unsplash)

WATERTOWN, S.D. – Opening the door to 30 percent ethanol blends would save consumers billions of dollars at the gas pump and reduce imported oil by as much as one billion barrels per year, according to officials at Glacial Lakes Energy (GLE).

In a letter to the South Dakota Congressional delegation, GLE CEO Jim Seurer said 30 percent ethanol blends are providing significant price savings and that a national E30 program would far surpass the equivalent amount of oil the Biden Administration is proposing to release from the Strategic Petroleum Reserve. Moreover, it would offset the lost imports of Russian oil, and establish a more sustainable energy strategy. And, at the height of the gasoline price run up, 94 octane E30 was selling at 40 cents less than even 10 percent blends, and more than one dollar less than premium.

“As champions of the domestic ethanol industry, we hope you can support our call for an expanded ethanol program that would potentially triple what the SPR drawdown would provide and unlike such a drawdown, it would be replenished every year,” according to the letter. “Nationwide E30, rather than just E15, represents a reduction in imported oil of one billion barrels annually.” “While all of us in the ethanol industry want to take that first step with 15 percent blends year-round, the higher the ethanol blend the more the benefits”, said Seurer. “Despite the announcement that EPA will allow E15 to be used this summer, it is a temporary measure still requiring a long-term solution.”

Since E30 does not increase vapor pressure, GLE argues there is no legal prohibition to an E30 blend. The letter asks their members of Congress to help break down regulatory barriers by first demanding EPA conduct a cost benefit analysis for increasing ethanol blends which they have not done in decades.

“If done properly, such an analysis would clearly show the benefits, including not just cost reductions but substantial health benefits from reduced respiratory and even neurological problems by replacing toxic, carcinogenic compounds used to increase octane.”

GLE Officials point to the tremendous success of the E30 Challenge which has resulted in hundreds of millions of trouble-free miles from conventional vehicles operating on E30.

They also note the successful EPA sanctioned test program in neighboring Nebraska that resulted in improved performance of vehicles on E30 with no mechanical problems. Even NASCAR testing and demonstration of E30 has provided nothing but positive results. The letter also references efforts to establish a cooperative effort between South Dakota and Nebraska Governors to advance E30.