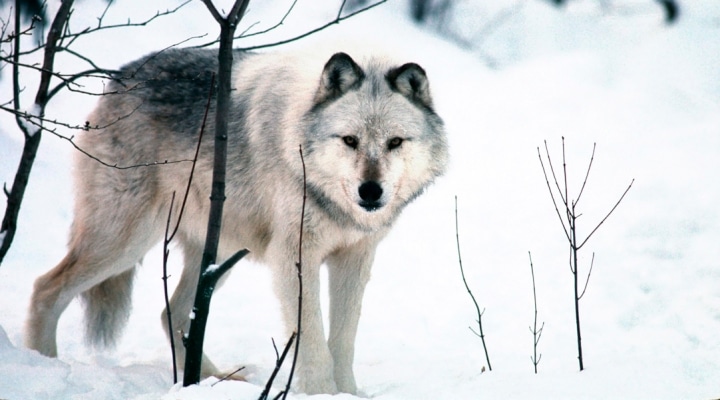 The Michigan Department of Natural Resources is updating the state’s wolf management plan and is seeking public comment, via online survey through Jan. 31, about the future of wolf management. (Courtesy Photo)

LANSING, Mich. — The Michigan Department of Natural Resources is updating the state’s wolf management plan and is seeking public comment, via online survey through Jan. 31, about the future of wolf management.

The current plan, created in 2008 and updated in 2015, was developed using extensive public input to identify important issues and assess public attitudes toward wolves and their management and by reviewing the biological and social science relevant to wolf management.

New public input gathered on the 2015 plan will help inform an updated plan to be completed this year. The four principal goals within the 2015 plan are to:

The plan and, more specifically, these four principal goals have guided wolf management in Michigan for the last 13 years. The 2022 update will include recent scientific literature and new information regarding wolves in Michigan.

“As we work to update the 2015 wolf management plan, it’s important that we gather feedback from the public about how we can improve the plan to protect the long-term health of wolves while also meeting the needs of local communities,” said Cody Norton, DNR large carnivore specialist.

Michigan’s gray wolf population was nearly eliminated by the mid-1970s due to persecution and active predator control programs in the early part of the 20th century. Today, Michigan’s wolf population numbers close to 700 individuals in the Upper Peninsula. Gray wolves were removed from the federal endangered species list in early 2021, a decision that is currently being challenged in court.

Those interested in providing feedback should complete the online survey by Jan. 31.

For more information about wolves in Michigan, including links to the survey and the state’s wolf management plan, visit Michigan.gov/Wolves.