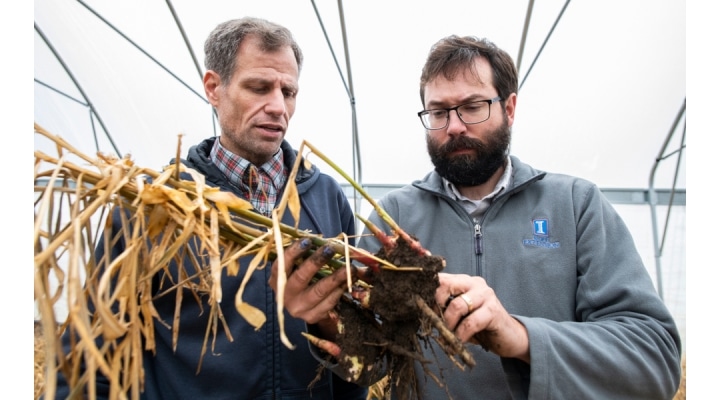 MACOMB, Ill. — Western Illinois University School of Agriculture Assistant Professor Shelby Henning has added two more specialty crops to his research program in order to provide information to local and regional farmers on growing options and the successful production of a widening number of plant species.

Henning, in cooperation with University of Illinois Extension Horticulture Educator Chris Enroth, recently harvested several varieties of ginger and turmeric in an effort to develop them as alternative crops for Illinois growers. Henning and Enroth agree the work is unique because there is currently a lack of data available about ginger and turmeric production in the state.

Enroth said tomatoes are typically considered the “money maker” of the vegetable crop world, but this trial is intended to both broaden and inform what could be planted as part of a grower’s crop rotation.

“Ginger, per square foot has the same income potential,” he said. “It can be sold for $20 a pound, and is super high quality.”

As Henning and Enroth dug into the dirt at the School of Agriculture’s high tunnel recently, just off Tower Road, the rich aroma of the two plantings was hard to miss. The 30-foot by 100-foot high tunnel was constructed on the University’s agricultural research farm several years ago, with grant money from the U.S. Department of Agriculture.

“Both of these plantings have medicinal qualities,” said Henning. “Ginger is good for digestive health and nausea reduction, and turmeric has anti-cancer qualities.”

Henning and Enroth raised five varieties of ginger this year, including Peruvian yellow ginger from plantings sent from Hawaii, and a single variety of turmeric. The pair recently obtained an Illinois Department of Agriculture Specialty Crop Block Grant to further study the production of ginger in Illinois. They said the hope is that COVID-related supply-chain concerns don’t impact the ability to source an even greater number of varieties for evaluation this coming growing season.

The latest batch of ginger was planted in the high tunnel in late May. Henning and Enroth said there are many uses for ginger that extend far beyond baking snaps and houses – a ready example cited by the research team being the donation of 30 pounds of the recent ginger crop to Forgottonia Brewing in Macomb, by Henning and Enroth.

Forgottonia co-owner and brewer Sean West, a webmaster at WIU, said he used part of the crop to brew six kegs, or 93 gallons of Belgian Triple beer, which sold out several weeks ago and was well received. He said the Belgian yeast used in the mix already has a spiciness, and the ginger accentuated that.

“We always like to use local farmers and ingredients when we can,” said West. “The community responds well to using local products. There is also the environmental part of the ingredients not having to travel so far.”

In addition to ginger and turmeric, Henning has grown a wide variety of specialty crops in the high tunnel, including tomatoes, bell and hot peppers, eggplant, lemongrass, basil, lettuce and a variety of cover-crops. He uses the high tunnel and its plantings for hands-on instruction as often as possible. This semester, for example, the tunnel was frequently utilized for laboratory exercises by students enrolled in an introductory course covering horticulture and agronomy he teaches with Agriculture Professor Mark Bernards.

“This kind of collaborative approach in research and teaching really demonstrates the quality of the agriculture program here at WIU,” said Henning. “Also, on a somewhat more selfish level, this research allows me to indulge myself in the enjoyment of cultivating uncommonly encountered crops, as the more unusual the crop is, the more likely I am drawn to plant it.”

For more information about the WIU School of Agriculture, visit wiu.edu/agriculture. 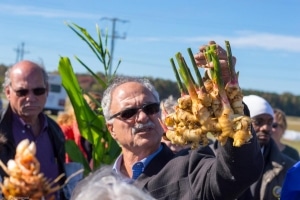 PETERSBURG, Va. – Virginia Cooperative Extension is hosting its annual Ginger and Turmeric Workshop and Field Day at Virginia State University’s Randolph Farm on Thursday, October 21, 2021. The event will provide participants with information on how to successfully grow, harvest, pack, and market ginger and turmeric. Experts will present research-based information about the health […] 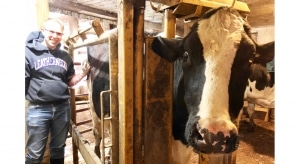 MACOMB, Ill. — The Western Illinois University School of Agriculture offers a pre-professional program designed to meet the requirements for admission to a school of veterinary medicine after graduation. Numerous University alumni are currently enrolled in veterinary school, building on the educational foundation they received from WIU. Due to intense competition for admission to schools […] 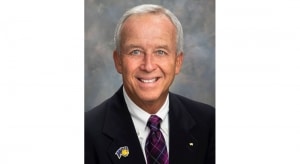 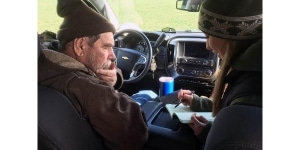 LEXINGTON, Ky. — Agriculture is advancing in fields across Kentucky thanks to farmers willing to take the time and share their land for research. Scientists in the University of Kentucky College of Agriculture, Food and Environment engage with an extensive network of producers in all disciplines. The partnerships do not form overnight but over the course of […]