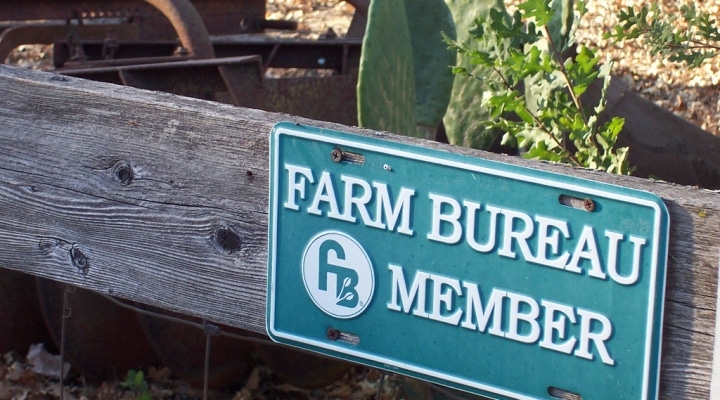 The PD Committee will meet again on Nov. 1 to review the submissions as a full committee. The committee will also review the 2021 organizational issues at that time. Their policy recommendations will then move forward to the full voting delegation at the 2021 GFB Annual Meeting in December. Any policies that are federal in nature will move to the American Farm Bureau Federation (AFBF) Resolutions Committee, which is composed of state Farm Bureau presidents from across the country. The policies that the AFBF Resolutions Committee adopts will be voted on by the voting delegation at the AFBF Annual Meeting which will take place in January in Atlanta.

During the PD committee meeting, state Sen. John F. Kennedy (R-Macon), who chairs the Senate Committee on Reappointment and Redistricting that is tasked with redrawing the state senate districts, outlined the process of redrawing Georgia’s state and federal election maps.

The Georgia legislature will convene for a special session beginning Nov. 3 to redraw the district maps, a process Kennedy said could take two or three weeks. The special session, called by Gov. Brian Kemp, includes a few other items of business, but reapportionment and redistricting will be the primary focus. Unlike the regular session that begins each year in January, in the special session the legislature is limited to considering only the topics designated by the governor.

Reapportionment and redistricting take place every 10 years, using the results of the most recent census.

Georgia’s population grew by about 1 million people from the 2010 Census to the 2020 Census, from 9.7 million to 10.7 million. Most of that growth occurred in metro Atlanta. In addition to the 1 million new people in the state, Kennedy said redistricting has to account for migration within the state. The net result, he said, is that population in districts south of I-20 declined by about 200,000 people. Regardless of any assertions about the accuracy of the census, the committees have to work within the numbers it provides.

“I’d love to be able to say, ‘Here’s what the real numbers are,’ or ‘Amend that because we know this or that.’ You can’t do it. Those are the Census Bureau numbers. Those numbers get real particular, because on the congressional maps, we have to draw those lines to the exact person with a variable of zero,” Kennedy said. “Each congressional district has to have the exact same number of votes.”

As a result, some districts outside metro Atlanta – both U.S. Congress and the state legislature districts – will be larger geographically. For example, Kennedy said Georgia’s 2nd Congressional District, currently represented by Sanford Bishop, will need an additional 95,000 people to balance its number of constituents with the rest of the state’s districts. Similarly, Georgia’s 8th Congressional District, currently represented by Austin Scott, will need an a additional 46,000 people. The same situation exists with respect to Georgia House and Senate districts.

Kennedy praised GFB for its commitment on behalf of Georgia Farmers and said GFB does a great job educating members of the legislature about agricultural and rural issues.

“It’s not just the knowledge that you bring about farming and ag and all the other issues that y’all are working on, but it is, more importantly, the credibility when you walk in the room,” Kennedy said.

“The ag community does a better job of that because y’all come to the capitol and take the time to get to know your folks. You support us, you give us information, you give us advice,” Kennedy said. “I encourage you to keep doing that, and make sure that you know those folks so that when a vote’s about to happen, and you need some connectivity, yours is a phone number that they recognize and they’ll take the call.”

Time to head to Moultrie for Sunbelt AG Expo

Grateful for many hands that work together to make Sunbelt Ag Expo success
November 29, 2021