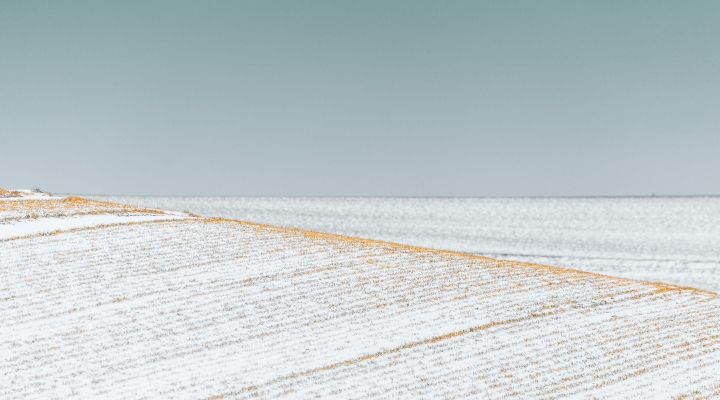 Frost seeding, a method of broadcasting seeds onto frozen pastures, improves poor pastures at a low cost, he says. Seeds work their way into the soil and germinate as the ground freezes and thaws.

Frost seeding requires less fuel, labor and equipment than other methods, Roberts says. It works at a time when heavy equipment could rut and compact wet fields.

Most importantly, nitrogen-fixed legumes can be an alternative to fertilizer.

Red clover, white clover and annual lespedeza are the top three legumes recommended for frost seeding in Missouri, Roberts says. Other legumes include alfalfa, birdsfoot trefoil, hairy vetch and sunn hemp. These should be seeded later in the year.

Legume root nodules fix nitrogen from the air. Not all legumes are created equal when it comes to fixing nitrogen, says Roberts. In a typical year, fixed nitrogen replaces 25 to 75 pounds per acre of fertilizer.

Legumes extend the grazing season by growing better in late spring and summer, when fescue grows slowly or not at all. Cool-season grasses get two-thirds of their growth in spring and one-third in fall. Annual lespedeza fills this gap, known as the “summer slump.”

When to frost seed in Missouri

Roberts says frost seeding is easy for clover and annual lespedeza. Most producers use a handheld whirlybird or a whirlybird attached to a four-wheeler.

There are several advantages of doing this on the snow, Roberts says. It is easy to see where seeds were spread, and there is less chance of rutting or compaction of wet soils since the ground is frozen.

In most of Missouri, broadcast in mid-February when there is snow or heavy frost. Frost seed in late January in southern regions or late February in northern counties.

Roberts specifically recommends not frost seeding alfalfa and birdsfoot trefoil in January or February. If seeded then, it is possible that the seed will germinate and emerge before an ice storm. Roberts says he does not recommend interseeding birdsfoot trefoil because it has poor seedling vigor in Missouri.

Seeds need the freeze-and-thaw action for good soil contact and to pull the seed to the soil’s top layer, Roberts says.

The best contact occurs on exposed soil. Plant residue can prevent seeds from reaching soil. The hoofing action of cattle can help work seeds into the soil.

Apply little to no nitrogen in spring

Legume seedlings need time to grow without competition for light and nutrients from grass canopies, so apply little or no nitrogen in spring. Adding more nitrogen fertilizer decreases the amount and size of nodules.

Wait until fall when root systems are strong. Graze or clip frost-seeded pastures in spring and summer to allow light to reach seedlings.