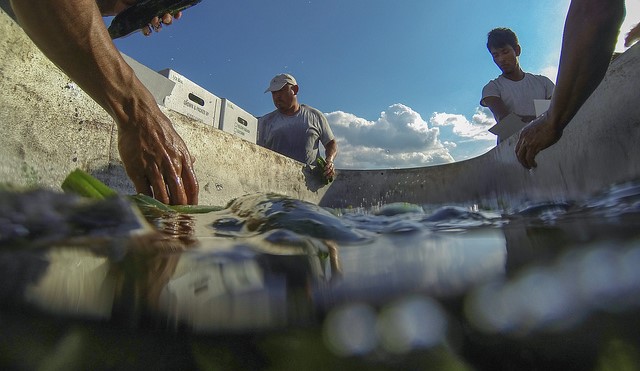 Today's decision affirms that farm workers have the right to decide for themselves whether they wish to be represented by the United Farm Workers, or any union.  (U.S. Department of Agriculture, Public Domain)

FRESNO, Calif. — Since the November 5, 2013 election at Gerawan Farming, the Gerawan family and employees have had a simple request: “Count the votes.” Today, four-and-a-half years after the election, in a 3-0 decision, the Court of Appeal has instructed the Agricultural Labor Relations Board to open the ballots, count them, and issue a tally. That is good news for all who believe in the workers’ right to choose. We call upon the ALRB to follow the Court’s instruction and promptly count the votes without any further delay.

Today’s decision affirms that farm workers have the right to decide for themselves whether they wish to be represented by the United Farm Workers, or any union. The Court’s decision finds that the ALRB “effectively lost sight of the . . . value of protecting the farmworkers’ right to choose” (p. 7) and that the ALRB embraced “a one-sided approach . . . that unnecessarily disenfranchised the workers.” (p. 131)

Dan Gerawan, the company’s co-owner said, “This is a victory for our employees. They never gave up on their struggle to achieve the same rights that all other workers have, and we never wavered from our support of their right to choose.”

Ron Barsamian, the company’s attorney said, “This is one of the most detailed and thoroughly analyzed court decisions I’ve seen in over four decades of practice in California agricultural labor law, and yet it is premised on the simple elegant concept of letting people vote to decide on important issues for themselves.” The court’s decision mandates that when the ALRB calls an election based on a sufficient showing of support, the ALRB must count the ballots.

The decision also recognizes that the decertification drive was “a worker-initiated and worker led movement.” (p. 129) That conclusion, along with the more than majority support from the workers (as certified by the ALRB) asking for an election on whether to decertify the UFW, underscores why it is so important to count the ballots now.

Attorney Barsamian, continued, “Thankfully, the Court has gone to great effort to remind the ALRB of what its core purpose is, which is to protect the workers’ right to vote. I am extremely happy for the workers who have long suffered at the hands of the UFW and the ALRB in this matter.”