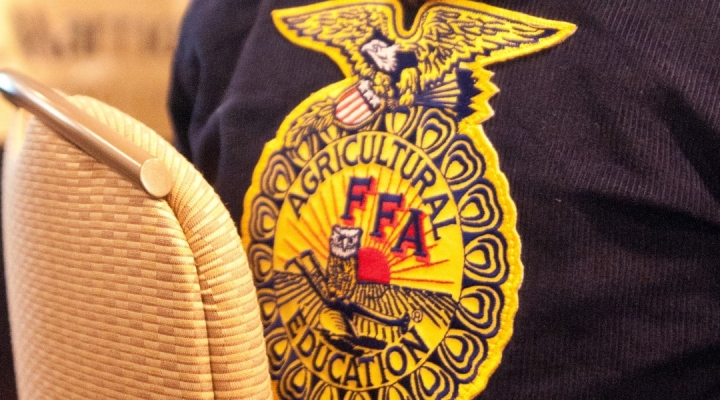 Erik Robinson, a member of the Effingham County FFA chapter, and a student at the University of Georgia, presided over the convention as the retiring 2021-2022 National FFA Southern Region vice president. Robinson took a year of absence from UGA to serve the National FFA Organization.

Kaitlyn Hart, a member of the Colquitt County FFA chapter, was named the 2022 American Star in Agribusiness. Kaitlyn joined FFA as a sophomore and was quickly introduced to the world of horticulture and floral design. From the skills she learned in her agricultural education classes, Hart started her own floral design business. She creates arrangements for events and weddings across the state. A total of 4,306 FFA members from across the nation received the prestigious American FFA Degree in 2022. Among those recipients, the top four in the Agribusiness category were named finalists. Hart interviewed as a finalist and was named the national winner on stage during the 6th session of the convention. Hart is a graduate of Colquitt County High School in Moultrie. Her agricultural education teachers were Will Burt, Morgan Gaines, Hannah Roberts, Michael Schwarz and Adrienne Smith.

Marin Lonnee, a member of the Oconee County FFA chapter, was named the 2022 American Star in Agriscience. Lonnee started researching various topics focused on sustainability starting in the fourth grade. Since then, Lonnee has expanded her research into projects focusing on hydroponics, plant pathology, plant breeding and even structural development. Lonnee was chosen as one of the four finalists in the Agriscience category and after an in-depth interview process, was named the national winner on Friday of the convention. Lonnee is a graduate of Oconee County High School in Watkinsville. Her agricultural education teachers were Chelsea Begnaud and John Collins.

The National Chapter Award Program is designed to recognize FFA chapters that actively implement the mission and strategies of the organization. Georgia was represented well by four chapters who were chosen as finalists in this award program. Eastside FFA was named as a finalist (top 10) in the Premier Chapter – Growing Leaders division. Berrien County & Commerce chapters were named as finalists (top 10) in the Premier Chapter – Building Communities division. The Screven County chapter was a finalist (top 10) in the Models of Excellence division of the National Chapter Award program.

A complete set of results and a variety of highlights from the 95th National FFA Convention can be found here. 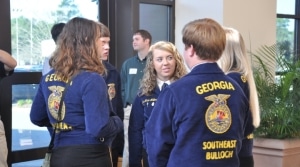