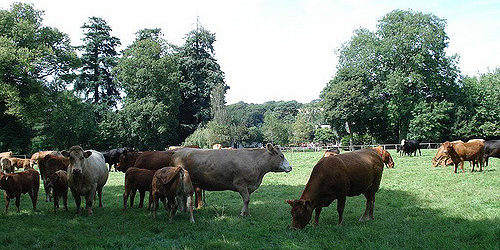 · Generational Transition Session at the UNL West Central Research Extension Center near North Platte, NE featuring ranch estate planning attorney, Pam Olsen and a panel discussion by ranchers that have successfully made the transition to the next generation. 10:00 AM- 2:30 PM (Central time). $15 Registration fee includes lunch payable upon arrival.

Owned and operated by Marlene Moore and Dwight Maseberg, Shamrock Ranches has been in Marlene’s family since 1949. Since Marlene took over in 1982, the ranch has transitioned from traditional grazing management with minimal pastures to intensive internal subdivision and water development. Today, the ranch includes 15 miles of pipeline, 37 watering points, 55 miles of electric fence and 73 paddocks ranging in size from 40 to 140 acres. Range improvement can be seen in the improved balance of cool and warm season grasses, increased percentage of forage harvested, uniformity and quality of forages available to cattle and increased carrying capacity (150%). Active participants in Ranching for Profit and the Executive Link for many years, Marlene and Dwight operate under the premise that “the cow works for us, we do not work for the cow”.

Todd and Tell Deatrich operate a small cow calf operation in the Loess Canyons south of North Platte Nebraska. The main portion of the ranch is contiguous acres leased from several landowners. Several parcels of extra summer grass are also leased around the ranch for grazing yearlings. The cows are run on grass from April until corn stalks are available in the fall. A moderately intensive grazing system is used to manage forage for the cow herd. The cows calve May and June. Weaned calves are run on cornstalks and rangeland, supplemented with hay and cake. The steers and replacement heifers are retained and run on grass as yearlings.

Prescribed fire and various mechanical means have been used to control invasive Eastern Red Cedar through cooperation with the Loess Canyons Rangeland Alliance since the very beginning, helping to start the group and conducting one of the first prescribed burns on the ranch. Challenges associated with multiple landowners and prescribed fire are numerous. Deatrich Cattle Company is committed to working together, continually looking for more opportunities to expand efforts to restore the rangeland back to its productive state.

Mortensen Farm & Ranch is a family owned and operated ranch that was established in 1892. It is now operated by the fourth and fifth generation. The Mortensen’s have been involved in the Loess Canyon Rangeland Alliance burn group since the early 2000s. They run in the neighborhood of 300 mama cows and are in the process of burning some of their ground for the second and third times since the LCRA originated.

Summer Grazing Tour Registration at Shamrock Ranches south of Wallace, NE, Wednesday, June 12, 7:30-8:30 AM. $20 per person payable on site. Tour begins at 8:30 AM. Directions to tour registration site at Shamrock Ranches: Hwy 25 between Wallace and Hayes Center. At MM 50, go 4 miles west. Do not follow the county road as it curses north. Instead continue west, crossing an autogate, then 3/4 mile on into the Shamrock Ranch Headquarters.

The Nebraska Grazing Lands Coalition is an independent organization of ranchers, interest groups, and agencies whose mission is to collaborate on projects that improve the management and health of Nebraska grazing lands and ensure long-term stability of rangeland resources. The NGLC is funded through grants from the Nebraska Environmental Trust, the Beginning Farmer and Rancher Development Program of the National Institute of Food and Agriculture, USDA and the World Wildlife Fund-US.

Communicating with farmers under stress