Home / National / Gene editing may help improve the ‘chocolate tree’
A new user experience is coming! We'll be asking you to login to your Morning Ag Clips account March 1st to access these new features.
We can't wait to share them with you! Read more here. 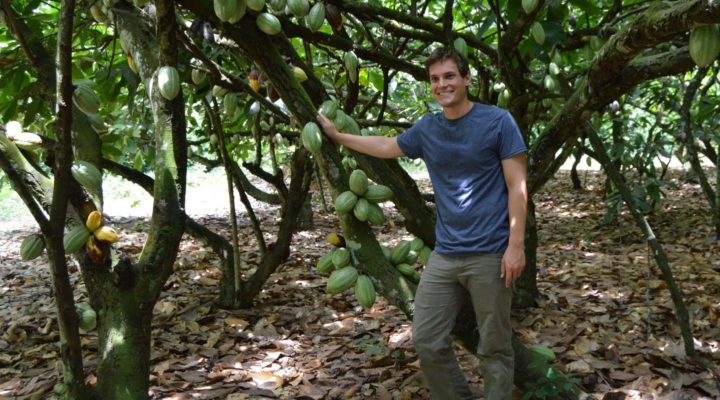 STATE COLLEGE, Pa. — Use of the powerful gene-editing tool CRISPR-Cas9 could help to breed cacao trees that exhibit desirable traits such as enhanced resistance to diseases, according to Penn State plant scientists.

The cacao tree, which grows in tropical regions, produces the cocoa beans that are the raw material of chocolate. Reliable productivity from cacao plants is essential to the multibillion-dollar chocolate industry, the economies of producing countries and the livelihoods of millions of smallholder cacao farmers.

“In West Africa, severe outbreaks of fungal diseases can destroy all cacao fruit on a single farm,” said Fister. “Because diseases are a persistent problem for cacao, improving disease resistance has been a priority for researchers. But development of disease-resistant varieties has been slowed by the need for sources of genetic resistance and the long generation time of cacao trees.” The researchers reported recently, in Frontiers in Plant Science, the study results, which were thought to be the first to demonstrate the feasibility of using cutting-edge CRISPR technology to improve Theobroma cacao.

CRISPR stands for clustered regularly interspaced short palindromic repeats. It is a way to modify an organism’s genome by precisely delivering a DNA-cutting enzyme, Cas9, to a targeted region of DNA. The resulting change can delete or replace specific DNA pieces, thereby promoting or disabling certain traits.

Previous work in cacao identified a gene, known as TcNPR3, that suppresses the plant’s disease response. The researchers hypothesized that using CRISPR-Cas9 to knock out this gene would result in enhanced disease resistance.

To test their hypothesis, they used Agrobacterium — a plant pathogen modified to remove its ability to cause disease — to introduce CRISPR-Cas9 components into detached cacao leaves. Subsequent analysis of treated tissue found deletions in 27 percent of TcNPR3 copies. When infected with Phytopthera tropicalis, a naturally occurring pathogen of cacao and other plants, the treated leaves showed greater resistance to the disease. The results suggested that the mutation of only a fraction of the copies of the targeted gene may be sufficient to trigger downstream processes, resulting in systemic disease resistance in the plant.

The researchers also created CRISPR gene-edited cacao embryos, which they will grow into mature trees to test the effectiveness of this approach at a whole-plant level.

“Our lab has developed several tools for the improvement of cacao, and CRISPR is just one more tool,” he said. “But compared to conventional breeding and other techniques, CRISPR speeds up the process and is much more precise. It’s amazingly efficient in targeting the DNA you want, and so far, we haven’t detected any off-target effects.”

In addition to providing a new tool to accelerate breeding, CRISPR-Cas9 technology can help deliver insights into basic biology by offering a method to efficiently assess gene function, the researchers said. “With CRISPR, we can quickly ‘break’ a gene and see what happens to the plant,” Guiltinan explained. “We have a list of genes in the pipeline that we want to test.”

There may be thousands of genes involved in disease resistance, Fister added. “We want to evaluate as many as we can,” he said. The ultimate goals of Penn State cacao research are to help raise the standard of living for smallholder growers and stabilize a threatened cocoa supply by developing plants that can withstand diseases, climate change and other challenges, according to co-author Siela Maximova, senior scientist and professor of horticulture.

“Any production increases in the last 20 years have been mostly due to putting more land into production,” said Maximova, who co-directs the cacao research program. “But land, water, fertilizer and other inputs are limited. To enhance sustainability, we need plants that are more vigorous and disease resistant and that produce more and better-quality beans.

“This study provides a ‘proof of concept’ that CRISPR-Cas9 technology can be a valuable tool in the effort to achieve these goals,” she said.