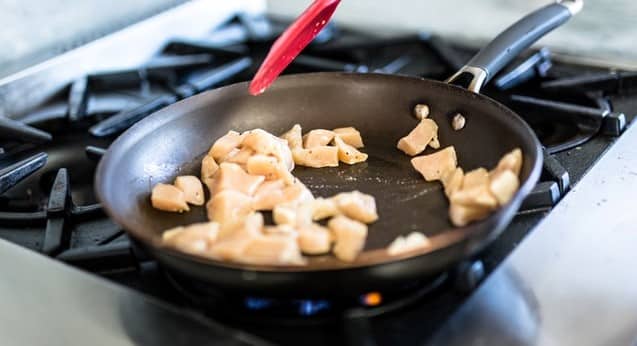 "Our research has found that Generation Z - those aged between 18 and 25 - are concerned about the environment and animal welfare, yet most are not ready to accept cultured meat and view it with disgust," said the study's lead researcher, Dr Diana Bogueva from the University of Sydney's School of Chemical and Biomolecular Engineering. (Photo by Andrew "Donovan" Valdivia on Unsplash)

SYDNEY — Gen Z are the new kids on the block. As a cohort of 5 million people born between 1995-2015 encompassing 20 percent of the Australian population and 2 billion people globally — they’re consumers to be reckoned with.

New research by the University of Sydney and Curtin University to published on 8 September in Frontiers in Nutrition, found that, despite having a great concern for the environment and animal welfare, 72 percent of Generation Z were not ready to accept cultured meat – defined in the survey as a lab-grown meat alternative produced by in-vitro cell cultures of animal cells, instead of from slaughtered animals.

However, despite their lack of enthusiasm for the new meat alternative, 41 percent believed it could be a viable nutritional source because of the need to transition to more sustainable food options and improve animal welfare.

“Our research has found that Generation Z – those aged between 18 and 25 – are concerned about the environment and animal welfare, yet most are not ready to accept cultured meat and view it with disgust,” said the study’s lead researcher, Dr Diana Bogueva from the University of Sydney’s School of Chemical and Biomolecular Engineering.

59 percent of participants were concerned about the environmental impact of traditional livestock farming specifically, however many were not clear on what those impacts were nor did they understand the associated resource depletion.

“In-vitro meat and other alternatives are important as they can help to reduce greenhouse emissions and lead to better animal welfare conditions. However, if cultured meat is to replace livestock-based proteins, it will have to emotionally and intellectually appeal to the Gen Z consumers. It may be through its physical appearance, but what seems to be more important is transparency around its environmental and other benefits,” said Dr Bogueva.

The participants had several concerns relating to cultured meat, including an anticipated taste or disgust, health and safety, and whether it is a more sustainable option.

Societal concerns were also prevalent throughout the study, with a large number of respondents worried that eating cultured meat would be in conflict with perceptions of gender and national identity.

“Gen Z value Australia’s reputation as a supplier of quality livestock and meat, and many view traditional meat eating as being closely tied to concepts of masculinity and Australian cultural identity,” said Dr Bogueva.

Others were concerned about animal welfare, whereas some viewed cultured meat as a conspiracy orchestrated by the rich and powerful and were determined not to be convinced to consume it. Several participants were also unsure whether cultured meat was an environmentally sustainable option.

“The respondents were effectively divided into two groups: the “against” described cultured meat as “another thing our generation has to worry about” and questioned the motivations of those developing it, while supporters described it as “money invested for a good cause” and “a smart move” by people who are “advanced thinkers.”

“This Generation has vast information at its fingertips but is still concerned that they will be left with the legacy of exploitative capitalism that benefits only a few at the expense of many. They have witnessed such behaviour resulting in climate change and are now afraid that a similar scenario may develop in relation to food, particularly as investors are pursuing broader adoption of cultured meat,” Dr Bogueva said.

17 percent of respondents rejected all alternatives, including cultured meat, seeing it as chemically produced and heavily processed.

11 percent rejected all alternatives in favour of increased consumption of fruit and vegetables, saying they will stick with a vegetarian diet.

35 percent rejected cultured meat and edible insects but accepted plant-based alternatives because they “sounded more natural” and are “normal”.

28 percent believed cultured meat was acceptable or possibly acceptable if the technology could be mastered.

How the research was conducted

The researchers collected Generation Z’s opinions of cultured meat via an online survey. 227 randomly selected, Australian-based respondents were asked questions about their demographics, dietary preferences (such as how often they liked to eat meat), how they felt about cultured meat and whether they thought it was necessary to accept and consume, as well as their preference for different meat alternatives (such as insects, plant based and cultured meat).

–University of Sydney
via EurekAlert!

Foot rot can cause loss in profits for cattle producers
May 19, 2022