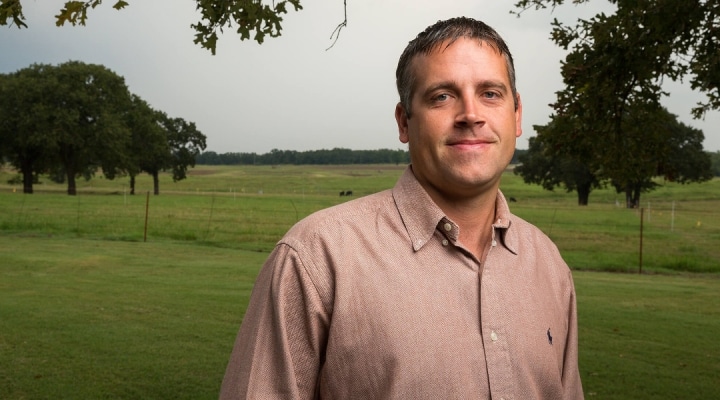 Joshua Gaskamp was appointed to serve on a council and boards for the U.S. Department of the Interior. (Courtesy Photo)

ARDMORE, Okla. — Noble Research Institute Wildlife and Range Consultant Joshua Gaskamp was recently appointed to the Theodore Roosevelt Genius Prize Advisory Council, the Protection of Endangered Species Board and the Management of Invasive Species Board, all of which are part of the U.S. Department of the Interior.

Gaskamp, who was chosen for his expertise in endangered species and invasive species, will play a key role in the U.S. Department of Interior’s management of said species through the U.S. Fish and Wildlife Service. He will serve as a part of the council and boards until Dec. 31, 2023.

“Josh is one of the premier experts in our nation when it comes to endangered and invasive species,” said Hugh Aljoe, director of producer relations at Noble Research Institute. “While he has helped a great number of individual farmers and ranchers through his work at Noble, we are thrilled to see his knowledge being put to use to serve our country.”

Gaskamp has worked at Noble for over 14 years. He began his journey at Noble as a Lloyd Noble Scholar in Agriculture in 2004 before returning three years later as an Ag Research Assistant in 2007. Gaskamp then became an Ag Research Associate in 2014 and was promoted to his two current positions in 2015 and 2016.

“I am honored to have been selected for these positions,” Gaskamp said. “I look forward to helping create opportunities for innovators. I also look forward to contributing to the future of invasive species management and the regeneration of threatened and endangered species.”