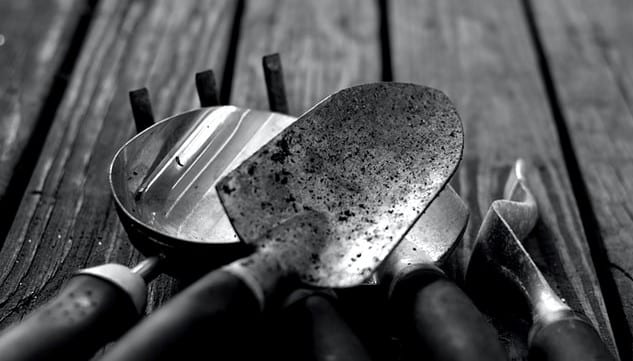 “It was kind of funny, but it was also educational,” said Jutta Holdenreid, head of the garden maintenance group. “We had done it in the past and just wanted to repeat it.” (Photo by John Bogna on Unsplash)

Of course, they didn’t do so in the traditional sense.

Earlier this year, the volunteers at Mono Pollinator Garden decided to celebrate the opening of their gardening season with a “Soil Your Undies” test that has become quite popular in North America.

“It was kind of funny, but it was also educational,” said Jutta Holdenreid, head of the garden maintenance group. “We had done it in the past and just wanted to repeat it.”

The test, with its tongue-in-cheek name, is built on sound biological and scientific principles and involves “planting” cotton underwear in various parts of the garden. The biological breakdown caused by microbes in the soil is expected to cause some degeneration to the cotton fabric.

Those soil microbe levels determine how much the underwear would break down and disappear, which helps to demonstrate soil health.

“We wanted to learn a bit more about how we could enrich the soil that’s there,” said Trish Keachie, a volunteer member of the maintenance group.

“This was an experiment that could give us a clearer idea of where we needed to put more effort into providing nutrients for the soil.”

When the planting and maintenance season began, the underwear were planted in four different areas of the garden in order to gauge different levels of organic material and fertility.

In mid-July, volunteers dug up the undies and evaluated their appearance.

“The (tests) showed the condition of the soil in different areas, and whether it was good soil or bad soil,” said Holdenreid. “We now know where things need to be improved.”

Microbe activity was recorded in three of the test areas, with only one area failing the test.

This means that there is a very low level of organic material and poor soil health. The volunteers noted that there was a correlation between the low test score and poor plant growth in that area.

“In that area, we’ll compost more heavily and then try this test again in another year or so to see whether it’s made any difference,” said Keachie.

The garden is already planted, but this knowledge will help the team to be able to know why certain areas aren’t thriving and how to improve growth.

Although volunteers don’t think this experiment will alter mainstream agricultural soil testing, they found it was a fun way to evaluate their own soil.

“In part, we’re just trying to draw attention to the garden by doing something fun and interesting that might let people know the garden is here and cause them to come and take a look,” said Keachie.

Mono Pollinator Garden is located on Hockley Road, one kilometre east of Highway 10, and is open to visitors.

Woman creates a joyous flower garden in her home — out of paper
June 21, 2022

Summer solstice around the world: Here is what to expect
June 20, 2022