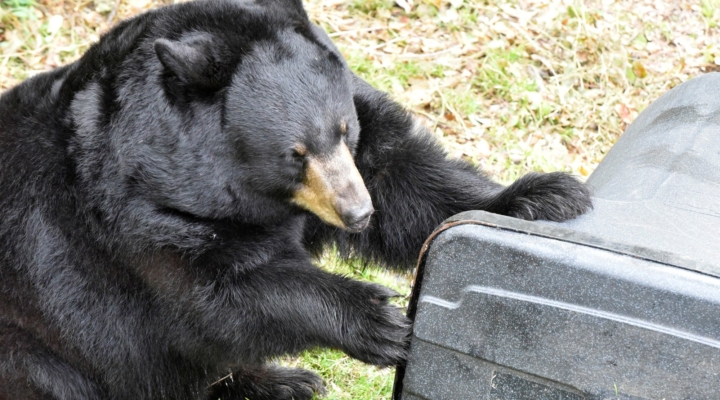 TALLAHASSEE — The Florida Fish and Wildlife Conservation Commission (FWC) will be providing up to $500,000 in BearWise funding to local governments to help reduce human-bear conflicts. The funding helps offset some of the costs for residents and businesses to acquire bear-resistant trash cans and dumpsters.

Eight counties and two cities have applied for the BearWise funds: Collier, Lake, Marion, Okaloosa, Santa Rosa, Seminole, Volusia and Walton counties, and the cities of Apopka in Lake County and Mount Dora in Orange County. Their requests total $935,181.

The FWC will evaluate the applications based on criteria such as:

“This funding will help residents secure their trash and eliminate the primary reason why bears spend time in neighborhoods,” said David Telesco, who leads the FWC’s Bear Management Program.

Gov. Rick Scott and the Florida Legislature approved the $500,000 for the BearWise grants under the condition that 60 percent of the funding goes to communities with BearWise ordinances that require residents and businesses to keep their trash secure until the morning of garbage pickup. Applicants with BearWise ordinances include Lake, Orange, Santa Rosa and Seminole counties. The city of Apopka is currently in the final stages of consideration for their ordinance, and if approved, would be the second city in Florida to have passed a BearWise ordinance (the first was Fort Walton Beach in Okaloosa County).

Last year, the FWC distributed over $500,000 in BearWise funding to seven counties and two homeowner’s associations. The funds were used to purchase almost 3,000 bear-resistant trash cans, 3,800 sets of hardware to secure regular trash cans, and to modify 54 dumpsters to keep bears out. A total of 66 percent of last year’s funding was provided to communities with BearWise ordinances.

In addition to providing BearWise funding, FWC staff will continue to meet with counties, cities and homeowner’s associations to encourage efforts to enact BearWise trash ordinances. The FWC anticipates that implementation of such ordinances coupled with this year’s BearWise funding will result in a reduction in human-bear conflicts across the state.

The FWC plans to announce the funding awards by October 2018.

For more information on Florida black bears, including how to reduce conflicts with them, visitMyFWC.com/Bear and click on Live BearWise, watch the BearWise Communities video and read the brochure, A Guide to Living in Bear Country.