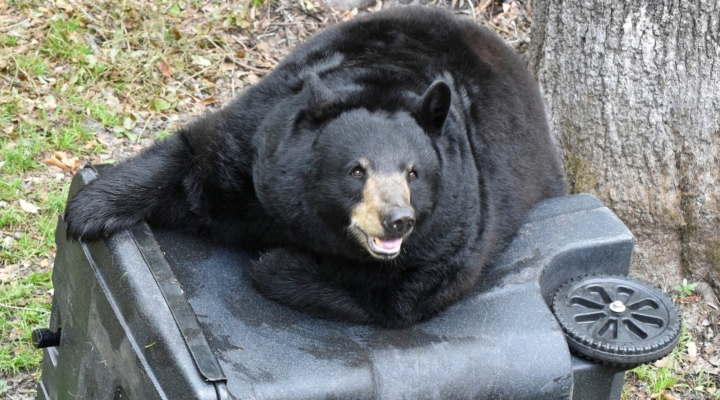 Since 2007, the FWC has provided almost $1.6 million in BearWise funding to residents and businesses in the 16 counties with the highest levels of human-bear conflicts in Florida. (FWC photo by Tim Donovan)

TALLAHASSEE — For a third year in a row, the Florida Fish and Wildlife Conservation Commission (FWC) is inviting local governments to apply for BearWise funding to help their communities reduce human-bear conflicts.

“These new funds will allow us to expand our work with local governments to make it easier for people to avoid conflicts with bears,” said Kipp Frohlich, Director of the FWC’s Division of Habitat and Species Conservation.

The FWC invites counties and cities to submit applications to be considered for funding. Preference will be given to applications from areas with BearWise ordinances and to large projects benefiting a large number of people.

Local governments are strongly encouraged to consult with FWC staff to discuss options and implementation before submitting their applications. The FWC will assist any local government considering passing an ordinance, including providing example ordinances.

Since 2007, the FWC has provided almost $1.6 million in BearWise funding to residents and businesses in the 16 counties with the highest levels of human-bear conflicts in Florida. Funds have been used to purchase over 10,000 bear-resistant trash cans, 9,700 sets of hardware to secure regular trash cans, and 160 dumpsters modified to keep bears out.

For a community to be considered, the FWC must receive applications before close of business onAug. 1, 2018. Applications should be emailed to BearManagement@MyFWC.com or mailed to: The Florida Fish and Wildlife Conservation Commission, Attention: Bear Management Program,620 South Meridian St., 6B, Tallahassee, FL 32399.

For additional details on the funding and application process, visit MyFWC.com/BearWise.

Support the FWC’s efforts to help bears and other wildlife by purchasing the Conserve Wildlife license plate at BuyaPlate.com.