Home / Texas / Future uncertain for Texas citrus, other fruit/vegetable production
A new user experience is coming! We'll be asking you to login to your Morning Ag Clips account March 1st to access these new features.
We can't wait to share them with you! Read more here. 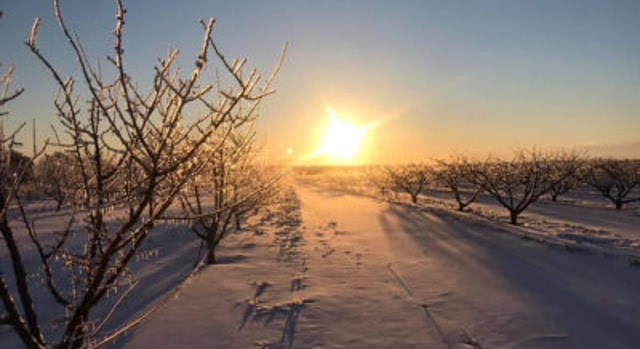 Initial estimates from Texas Citrus Mutual based on crop loss information provided by Cameron, Hidalgo and Willacy counties have put total citrus industry losses at no less than $300 million.

“Rio Grande Valley producers had already harvested about 80% of their orange crop and about 67% of their grapefruit crop before the storm, but what remained was all lost,” said Juan Anciso, Ph.D., Texas A&M AgriLife Extension Service horticulturist based in Weslaco. “We also saw significant losses on a number of both cold- and warm-season vegetable crops.”

Anciso said Winter Storm Uri was much worse than the freezes of 2004 and 2011 that damaged some South Texas crops and rivaled the 1989 freeze, considered Texas’ second-strongest freeze since 1899.

The squeeze on citrus

Anciso said not only this year’s crop was affected, but many producers will lose the next citrus crop as well.

“Most of the citrus crop in the Rio Grande Valley comes in from September through May, so we can expect little to no citrus production during the 2021-2022 season as well,” he said. “This is due to the long-term damage that has been done as a result of the ice storm, which resulted in numerous trees dying or being seriously damaged.”

Anciso said while this may impact grapefruit availability and prices during the next citrus harvest, it probably will not have a large impact on orange prices as those are primarily grown in Florida and California.

“However, the 200 or so acres of lemons and limes produced down here were pretty much completely destroyed, because those plants are much more sensitive to cold weather than other citrus plants,” he said. “So those producers will have to decide whether or not to replant them. Plus, it will be another three to five years before those new plants can produce any fruit.”

Anciso also noted a number of vegetable crops were negatively impacted by the winter storm.

“A lot of cool-season vegetable crops such as leafy greens, especially Swiss chard, as well as beets, cabbage and celery, were also lost,” he said. “We also had some warm-season crops, which we planted early for an early harvest, devastated by the weather.”

He said more information on total crop losses for the Rio Grande Valley is being compiled from AgriLife Extension agents and others familiar with that area’s agricultural production and will be forthcoming.

“However, what we still won’t know is the overall impact of the winter storm and hard freeze on the future of fruit and vegetable production in the RGV,” he said. “The weather killed or badly damaged a large number of plants, and only time will tell how many of them will survive and be able to produce again.”

Impact on other Texas fruit production

According to Larry Stein, Ph.D., AgriLife Extension horticulturist based in Uvalde, the future of fruit production for the Hill Country and Texas Winter Garden areas is another “hurry-up-and-wait situation.”

“Right now, it looks like there has been some crown damage on the strawberry plants in this area and there have been some losses, but if the weather holds, those losses shouldn’t be too great overall,” he said. “And as far as the area’s peaches, plums, apples, pears, grapes and other fruits are concerned, we can probably expect a lower yield as a longer-term result of the damage inflicted by this extended cold spell.”

Stein also said fruit trees blooming in the coming months may not be a sure sign they will produce.

“Where there are totally dormant buds, the plants will probably be okay,” he said. “However, there may still be some latent damage to the plant that will cause the fruit not to set. It may be that some plants leaf out well only to die back later due to severe damage to the vascular system.  Unfortunately, the effects of the 2021 freeze may linger for years.”

AgriLife Extension will present three free online educational opportunities for those interested in how the winter storm has affected fruit trees as well as ornamental plants, turfgrass and other landscaping plants and trees. Those webinars and their times will be:

— Plants – Will they Survive the Winter Blast? hosted by The Gardens at Texas A&M University and Aggie Horticulture will be presented resented on Facebook Live 1 p.m. Feb. 24.

— Texas Winter Blast – Impacts on your Home Fruit Production, hosted by The Gardens at Texas A&M University and Aggie Horticulture, will be presented on Facebook Live at 1 p.m. Feb. 26.

— Urban Landscape Winter Storm Recovery, presented by AgriLife Extension specialists and agents on the Zoom platform, will be presented at 4 p.m. Feb. 26.

Work lies ahead for agriculture to recover from winter storm