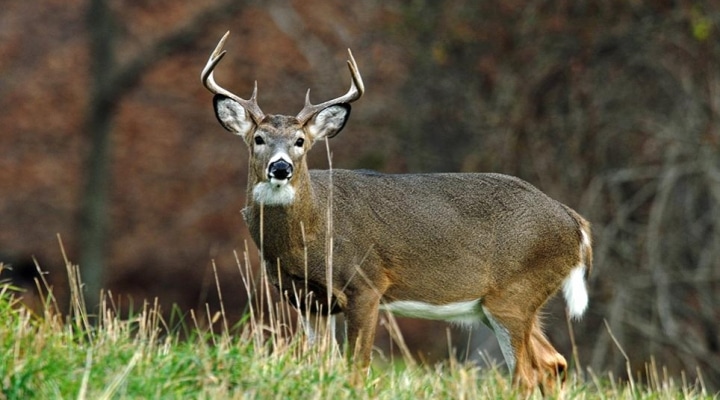 Because so many deer hunters are aging out of the sport — and new hunters are not being recruited to replace them — deer management strategies will need to change to manage populations of whitetails in many states. (Joe Kosack/Pennsylvania Game Commission, via Penn State)

UNIVERSITY PARK, Pa. — Because so many deer hunters are aging out of the sport — and new hunters are not being recruited to replace them — deer management strategies will need to change to manage populations of whitetails in many states.

That is the conclusion of Penn State’s Duane Diefenbach, one of the leading white-tailed deer researchers in the country. He suggests that demographic trends of big-game hunters will dictate that wildlife agencies consider modified, or completely new, regulations to manage white-tailed deer populations.

“Recreational deer hunting is the primary tool that’s available to state wildlife agencies to manage the resource, but in the next 10 years we’re going to see a steep decline in the number of hunters,” said the adjunct professor of wildlife ecology in the College of Agricultural Sciences. “A few states still have large numbers of hunters, but this is coming at all the state agencies very quickly. In the next 10 to 15 years, there’s going to have to be changes. The question is, what alternative tools are available to meet this deer-management challenge?”

The North American Model for Wildlife Conservation, which views wildlife as a public resource not owned by individual landowners, has relied on revenues from the sales of hunting licenses largely to pay for wildlife conservation for more than a century. With fewer hunters, the challenge will be to find new tools to achieve management goals, Diefenbach warned.

He outlined his concerns about the effects of hunter demographic trends in a chapter of the recently published book, “Harvest of Fish and Wildlife: New Paradigms for Sustainable Management.” Diefenbach co-wrote the chapter, “The Future of Managing Ungulate Species: White-tailed Deer as a Case Study,” with Matthew Knox and Christopher Rosenberry, deer biologists with the Virginia Department of Wildlife Resources and the Pennsylvania Game Commission, respectively. In it, they paint a stark picture of the coming decline in hunters.

“Compared to the general population, demographics and residency of big game hunters have changed little over the past 30 years,” he writes, adding that National Hunting, Fishing, and Wildlife-Associated Recreation surveys of 1991 and 2016 show big game hunters have remained more than 90% male and 97% white; whereas the U.S. population is 48% male and non-whites have increased from 15% to 22% of the population.

In the general U.S. population, there has been an increasingly older age structure, Diefenbach noted. In 1991, 41% of the U.S. population was more 45 years old, which had increased to 52% by 2016. However, hunters more than 45 years old increased from 28% to 60% during the same time period.

To control deer populations, wildlife managers must consider new strategies confronting a dearth of hunters. Allowing hunters to take multiple deer is one. Virginia is a great example, Diefenbach explained. Managers there have been effective at increasing the harvest of antlerless deer by implementing a unique “earn a buck” program.

“So, once a hunter in Virginia harvests an antlered buck, he or she must then harvest at least one antlerless deer before they can harvest a second antlered buck,” he said. “I’m not saying that’s something that should be done now in states with more hunters, but it’s a tool for when we don’t have enough hunters. It’s a way to encourage hunters to harvest more deer per hunter. Certainly, that must be done before more drastic measures are considered.”

Diefenbach is in a unique position to assess the current situation surrounding white-tailed deer management and deer hunting. He has conducted more than a dozen peer-reviewed studies over the last 20-plus years, carefully monitoring hundreds of deer that were captured and fitted with radio or GPS collars.

Leader of Penn State’s Pennsylvania Cooperative Fish and Wildlife Research Unit, Diefenbach has overseen two fawn mortality studies (the latter with a predator-identification component), a fawn stress study, studies on bucks that looked at the effects of antler-point restrictions and dispersal, research on female deer harvest rates and survival, and female deer dispersal.

A hunter himself, Diefenbach worked for the Pennsylvania Game Commission for seven years before arriving at Penn State. He also has done projects that looked at developing population estimators to assess deer abundance, estimating hunter-harvest rates and assessing the impacts of selective browsing on forests. People can view his long-running Deer-Forest study by visiting https://www.deer.psu.edu.

Center for Vector Biology asks visitors, residents of N.J. to send in their ticks
June 25, 2022