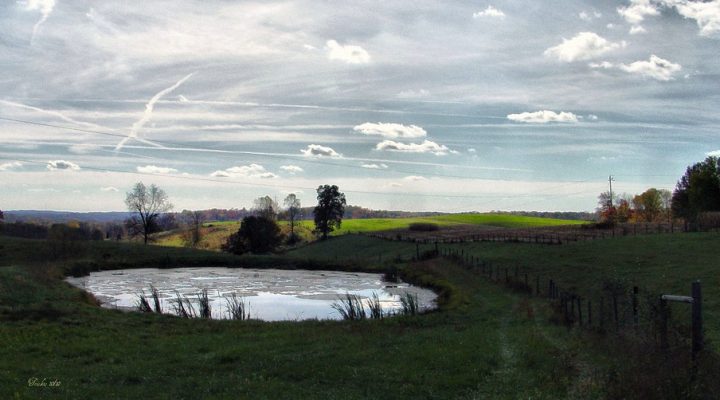 ALBANY — Governor Andrew M. Cuomo today announced that three farms in Onondaga County will benefit from more than $151,000 awarded through round two of the Climate Resilient Farming Grant Program. Launched by the Governor in 2015, the program help farms reduce their operational impact on the environment and better prepare for and recover after extreme weather events.

“This funding will help protect and preserve New York’s natural resources by supporting farms and addressing the unpredictable conditions and challenges of climate change,” Governor Cuomo said. “As New York continues to lead the nation in environmental protection, these grants not only build on our efforts to create a cleaner, greener, more resilient state – they address the priorities of Central New York and the region’s Upstate Revitalization Initiative blueprint to grow the agricultural industry and boost the economy.”

As part of this second round of funding, County Soil and Water Conservation Districts in six regions across the state were awarded a total of more than $1.5 million in grants on behalf of farmers in one of the following project categories: agricultural waste storage cover and flare, on-farm water management, and soil health systems.

Projects awarded in the Central New York region include:

The Climate Resilient Farming Grant Program is funded through the State’s Environmental Protection Fund and was first announced by Governor Cuomo’s Opportunity Agenda. During Earth Week in April 2015, the Governor announced $1.4 million in awards through the first round of the program to support 11 projects on farms across five regions. All 11 projects are currently underway to help reduce greenhouse gas emissions and mitigate water and soil quality concerns.

State Agriculture Commissioner Richard A. Ball said, “This past summer, New York farms saw unprecedented drought conditions, with many suffering crop loss and increased costs. This program will help farmers better manage for droughts and floods that are becoming more common, while reducing their environmental footprint and protecting our surrounding natural resources.”

Senate Agriculture Committee Chair Patty Ritchie said, “Farmers across the state were severely impacted by last year’s devastating drought and are still recovering from its effects. I would like to thank Governor Cuomo and Commissioner Ball for recognizing the need for this critical funding, which will allow farmers to better prepare themselves with the necessary tools for any extreme weather they may encounter.”

Assembly Agriculture Committee Chair Bill Magee said, “As they continue to prepare for and adapt to the changes in their environment, New York farmers facing the challenge of climate change will better be able to manage the detrimental effects of extreme weather conditions such as flooding and drought with a leg-up from the Climate Resilient Farming Grant Program.”

Chairman of the New York State Soil and Water Conservation Committee Dale Stein said, “The Climate Resilient Farming program is an innovative program that helps New York’s farmers adapt their farms to the changing climate. Through the program, farms are able to implement projects that help them manage through periods of extreme weather, from severe storms to severe drought, and that reduce greenhouse gas production and promote increased soil health. New York State is leading the nation in helping farms preserve, protect and promote the environment for the generations that follow us.”

David Fisher, New York Farm Bureau President, said, “Farmers have long dealt with whatever Mother Nature throws at them, but weather conditions in recent years have been tough and extreme. The Climate Resilient Farming Grant Program will help new York farms continue to lead the way on environmental stewardship while at the same time improving their ability to weather both the wet and dry conditions that can threaten their livelihoods.”

Mark Burger, Onondaga County Soil and Water District Executive Director, said, “The drought of 2016 was the second major drought in our area in four years. Not only will these two new sources of water keep farms and livestock hydrated, they will benefit fish and other aquatic life by not removing water from streams. This will allow for the stream levels to be as deep as possible and for the water temperatures to ultimately be colder for aquatic life. These two new farm ponds will also provide additional water for fire protection in their rural communities.”

Accelerating Central NY Rising
Today’s announcement complements “Central NY Rising,” the region’s comprehensive blueprint to generate robust economic growth and community development. The State has already invested nearly $3 billion in the region since 2012 to lay the groundwork for the plan – capitalizing on global market opportunities, strengthening entrepreneurship and creating an inclusive economy. Today, unemployment is down to the lowest levels since before the Great Recession; personal and corporate income taxes are down; and businesses are choosing places like Syracuse, Oswego and Auburn as a destination to grow and invest in.

Now, the region is accelerating Central NY Rising with a $500 million State investment through the Upstate Revitalization Initiative, announced by Governor Cuomo in December 2015. The State’s $500 million investment will incentivize private business to invest well over $2.5 billion – and the region’s plan, as submitted, projects up to 5,900 new jobs. More information is available here.​

Seeing the pasture for the trees