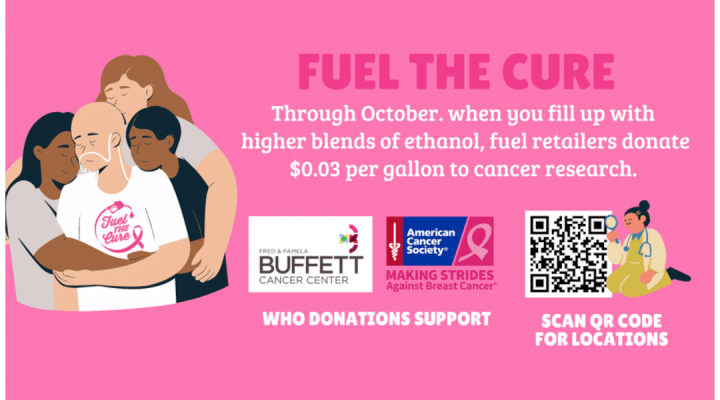 LINCOLN, Neb. – Everyone is at risk of inhaling toxic chemicals, known as aromatics, used for octane in gasoline. These carcinogens make up 25% of a gallon of gas. Drivers face exposure at the pump, from vehicle exhaust, and when aromatics are released as greenhouse gases. Ethanol is a natural, plant-based octane booster used to displace some of these chemicals that have been linked to cancer, heart disease, and respiratory issues.

The U.S. Environmental Protection Agency (EPA) classifies these chemicals as toxic air pollutants known to cause health issues. According to the EPA, ethanol’s high-octane value allows oil refiners to reduce aromatic content by at least 5%. That percentage would significantly improve with the use of higher blends of ethanol, like E15 and E30.

Throughout October, Fuel the Cure educates Nebraskans about healthier fuel options while supporting cancer research and services. Here’s how to get involved:

At the Pump
Raise money for breast cancer research by filling up with higher blends of ethanol – E15 to flex fuel E85 – at participating locations. Nearly 50 Nebraska gas stations will donate 3 cents for every gallon of higher ethanol blends sold between Oct. 1­‑31 to support cancer research and services at the Fred & Pamela Buffett Cancer Center in Omaha. Since 2018, Nebraska’s Fuel the Cure campaigns have raised nearly $30,000 for cancer research. Find a list of participants at www.fueledbynebraska.com/pink. Drivers will be able to identify which retailers are supporting this important cause by looking for pink signage at the pump, on the windows and at the counter.

In the Community
Fuel the Cure is proud to partner with the American Cancer Society for its Making Strides Against Breast Cancer walk in Lincoln, Nebraska, on Oct. 16 at Holmes Lake Park. As a platinum sponsor, Fuel the Cure will have a booth to educate cancer survivors, thrivers, friends, and family about healthier fuel options. Fuel the Cure will also participate in the walk. Join our team! Already attending? Be sure to stop by the sponsor booth for giveaways, coupons, and drawings for ethanol gift cards. The American Cancer Society is fighting cancer in many ways. From funding breakthrough research for new cures, treatments, and ways to prevent cancer, to providing patient programs and services, to advocating for policy change.

Cancer treatments aren’t one-size-fits-all
“Cancer touches the lives of nearly everyone in some way,” said Kenneth H. Cowan, MD, PhD, director and physician-in-chief at the Fred & Pamela Buffett Cancer Center. “We appreciate that Nebraska fuel retailers are joining forces to empower drivers to support cancer research at the Fred & Pamela Buffett Cancer Center, which provides lifesaving care to people throughout our state. Through generous contributions, such as the Fuel the Cure campaign, we are able to fund researchers working on new treatments each and every day.”

Jenn Klein of Lincoln was diagnosed with breast cancer at the age of 32. Her cancer cells were growing and dividing very rapidly – at a rate of about 80%. Lifesaving treatment was needed right away. She completed 20 weeks of chemotherapy, received multiple blood and platelets transfusions, underwent a four-hour procedure that included a port removal, sentinel node biopsy, double mastectomy, and immediate one-step reconstruction, and endured 33 sessions of radiation. By the end of 2015, Klein was finally cancer free. If it wasn’t for a chemotherapy treatment that was discovered by a funded researcher, Klein might not be alive.

What ethanol blend is right for my vehicle?
E15 (15% ethanol and 85% gasoline), also called Unleaded88, is approved for use in all passenger vehicles 2001 and newer. Ethanol blends higher than 15% are approved for use in flex fuel vehicles. One in seven Nebraskans drive a flex fuel vehicle, which can run on any blend of ethanol up to E85 (85% ethanol and 15% gasoline). Drivers can check their owners’ manuals to see if they’re driving flex fuel vehicles. The vehicles may also have a flex fuel badge on the trunk or tailgate — or a yellow gas cap. If you are unsure, visit fueledbynebraska.com for even more information about the benefits of using ethanol.

The Nebraska Corn Board, Nebraska Ethanol Board, and Renewable Fuels Nebraska sponsor Fuel the Cure in conjunction with retail stations. 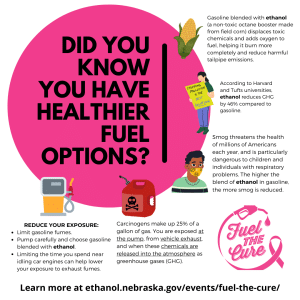 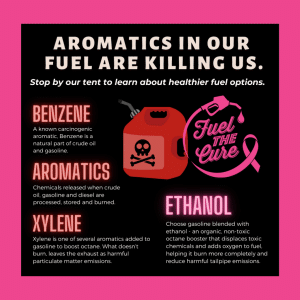 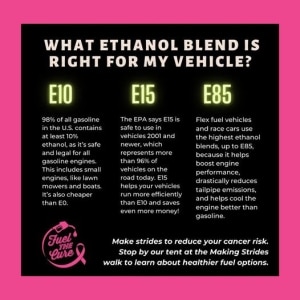 The Nebraska Ethanol Board works to ensure strong public policy and consumer support for biofuels. Since 1971, the independent state agency has designed and managed programs to expand production, market access, worker safety and technology innovation, including recruitment of producers interested in developing conventional ethanol, as well as bio-products from the ethanol platform. To learn more about selling ethanol, contact the NEB at 402-571-2941. 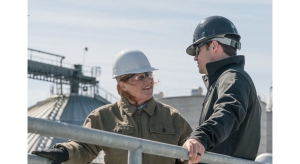 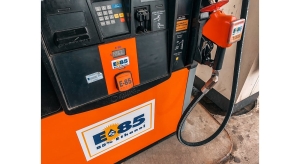 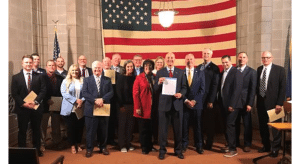 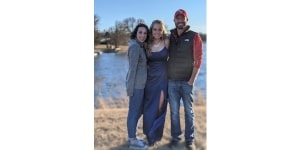 Fuel retailers and consumers Fuel up for cancer research

LINCOLN — Throughout October, drivers can help Fuel the Cure for breast cancer by filling up with higher blends of ethanol – E15 to flex fuel E85 – at participating locations. Nearly 50 Nebraska gas stations will donate 3 cents for every gallon of higher ethanol blends sold between Oct. 1­‑31 to support cancer research at the […]

Master Gardener tips for the Panhandle