Subscribe
Home / National / From tragedy to triumph: Jacob and the tractor 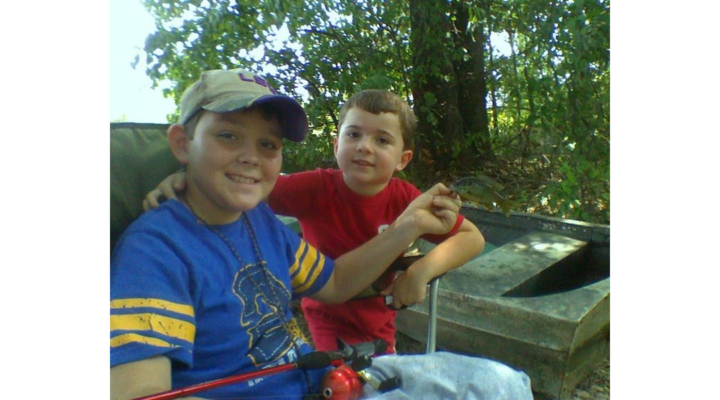 BIRMINGHAM, Ala. — When we think about distracted driving, we often visualize distractions while on the roadway, such as texting or adjusting vehicle controls. However, while helping his father on a hot, July day in 2010, 10-year old Jacob Ross and his family quickly learned that distracted driving can occur just as easily on farm equipment. In a matter of seconds, Jacob’s life changed dramatically, and his mother received a phone call that no parent should experience, as she learned Jacob was involved in a serious farming incident.

During a visit with his father, Jacob, along with his 8-year old brother, Jackson, was helping with various farm-related tasks. Early-mornings turned into late-nights while farming thousands of acres of farmland in Louisiana and Arkansas. The day started out normal, until the tractor that Jacob was riding in with his father had mechanical issues. At that point, Jacob was told to join his brother, who was riding with another employee on the other side of the field. During the walk, Jacob reached out to his mother at work. Upon approaching and climbing into the tractor, which was pulling a blade, Jacob’s cell phone slipped out of the pocket of his cargo shorts and landed just in front of the tractor’s back tire.

Although Jacob made eye contact with his brother before climbing down to retrieve it, he neglected to do so with the man driving the tractor, who was distracted talking on his cell phone and didn’t see him. The driver assumed Jacob had stepped back when he didn’t see him and as he put the tractor into gear, ran over Jacob. Jackson quickly screamed and slapped the windows to get the driver’s attention, helping avoid any further damage.

The blade sliced Jacob’s arm so badly that there were only a few inches still attached to his body. Although the arm injury was horrible, it wasn’t the worst of it. Jacob’s diaphragm and lung were punctured, and his organs had been pushed up into his chest cavity. He had a crushed pelvis and broken vertebrae. He needed to be air-lifted to a hospital in Little Rock and upon arrival, Jacob was immediately put in surgery, having additional surgeries in the days that followed. Jacob, who was practically unrecognizable with all the swelling, was put in a drug-induced coma and was on a ventilator in the pediatric intensive care unit for a week. Jacob spent three weeks in the hospital but still required constant care when he came home. He was in a wheelchair for a period of time and had to learn how to do everything again with intense physical therapy. The emotional trauma also took a toll on his mother and his little brother, Jackson, who required therapy to help cope with what he witnessed the day of the incident and the weeks that past.

Fast-forward nine years later and Jacob is now 19 and living his life as a full-time, fifth-generation farmer. Despite his scars, Jacob is very lucky to have survived such a horrific incident.

The sad reality is there are many stories like Jacob’s; however, many do not have such a happy or positive ending. According to the National Children’s Center for Rural Agricultural Health and Safety (NCCRAHS) about every three days, a child dies due to an ag-related incident and every day nearly 33 children are injured due to an ag-related incident. After Jacob’s injury, his mother, Amanda Corley, knew she needed to share his story in hopes of saving other families from the same or a worse fate. For several years, she has spoken at local Progressive Agriculture Safety Days, talking to children about the importance of making eye contact with equipment operators and offering other tips for staying safe on the farm. She also speaks to volunteers and sponsors at Safety Day training. Corley also shared her story in the book, Faith through the Darkness written by Ryan Curtis. A coloring book, Jacob and the Tractor, was also created to reach a younger audience. According to Corley, “Children’s brains aren’t done growing, and they don’t have adult motor skills. They can’t handle panic situations, and that can cost them their lives,” she says. “My boys were too young to be out there from daylight to dark in the heat every day. Their father said this is what his daddy did and his daddy before him, but what will it take for farmers to understand it’s dangerous?”