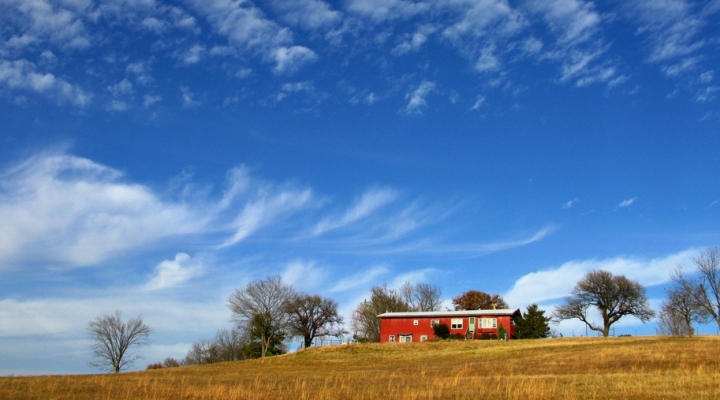 Stanley Rother was killed in his parish rectory in Guatemala in July 1981 by unknown assailants believed to be government soldiers. He had been placed on a "hit list" or "death list" because of his preaching and his efforts to help and educate the poor population of his parish. (OakleyOriginals, Flickr/Creative Commons)

OKARCHE, Okla. (AP) — The teen couldn’t wait to tell his family and friends about the revelation that came to him as he was driving a tractor one afternoon on his family’s property in this tight-knit farming community with German roots.

Stanley Rother told his parents that instead of working on the family farm, as he’d always envisioned, he felt that God wanted him to enter the Catholic priesthood.

Though Franz Rother had assumed his oldest son would follow in his footsteps as a lifelong farmer, as a devoted Catholic, he didn’t miss a beat.

“Well, why didn’t you take Latin?” he asked.

Stanley Rother’s proclamation that afternoon was one of at least two life-changing decisions that he made while looking out on the horizon at the Rother family farm a few miles west of Okarche’s only stoplight.

He said his older sibling made a second decision on one of the many summer evenings in 1981 that found him standing looking west out the front door of their family home.

Tom Rother said his brother had returned from Guatemala to attend their cousin Don Wolf’s ordination to the priesthood. While some family members and friends may have hoped that Stanley Rother wouldn’t go back to Guatemala where his name had shown up on a “death list,” the compassionate priest decided that he must return to his Guatemalan parish.

“He would go to the west door in the evening and he would say, ‘I’ve got to go back to my people. The shepherd cannot run,'” Tom Rother recalled.

Those memories came flooding back recently as the date for Stanley Rother’s beatification ceremony in Oklahoma City draws near.

The Rothers and many others in Okarche said they are extremely proud of their “hometown hero” and native son whose love and compassion has propelled his legacy to unimaginable heights.

The Oklahoman (http://bit.ly/2sxTc3u ) reports that Okarche is known as a small farming community with friendly, hardworking people of faith and the local eatery Eischen’s, which is famous for its delicious fried chicken.

Now, they predicted, more people than ever before will come to know the city as the hometown of the “shepherd who did not run” from danger out of love for his parishioners at the Oklahoma mission in Santiago Atitlan, Guatemala.

Stanley Rother was killed in his parish rectory in Guatemala in July 1981 by unknown assailants believed to be government soldiers. He had been placed on a “hit list” or “death list” because of his preaching and his efforts to help and educate the poor population of his parish.

Tom Rother and his wife Marti said they did not believe beatification, if it came for their brother, would occur in their lifetime.

Now that he is one step closer to Roman Catholic sainthood, they are pleasantly surprised and overjoyed.

“I figured it could take 200 years, so we’re just so happy,” Tom Rother said. “It’s one of those blessed things that is good for the family. It’s good for the Church and anybody involved.”

“It’s kind of awe-inspiring and I really didn’t think it would happen in my lifetime. I thought it would be in my kids’ lifetime, maybe,” she said. “I mean, very often, it’s historical figures who are sainted.”

She pointed out that the recently canonized Mother Teresa, the compassionate nun from Calcutta, was “world famous” and her cousin was not known by as many people.

Yet, “Father was a very humble and small person who was just kind of concentrated on helping the people he was helping,” she said.

Harold Whitrock, another of Stanley Rother’s first cousins and school classmate, said he’s thrilled that his cousin and buddy is being recognized by the Church.

Whitrock and the Rothers chuckled over the irony that Stanley Rother made the decision to follow his calling into the priesthood only after he had declined to take Latin at Holy Trinity Catholic School, as his father first surmised.

“It was his decision and we thought it was great,” Whitrock said, his eyes glistening with tears.

Tom Rother, who was five years younger than Stanley, said he did take Latin and he had considered going into the priesthood himself.

He said he was serious about pursuing a ministry path all the way to his sophomore year in high school. Then, “the girls showed up,” Tom Rother, said with a smile.

“I was more into basketball and other sports — and girls.”

Tom Rother said he doesn’t think the long-term implications of his older brother’s decision made any impression on him because he was much younger.

Marion Rother said her cousin’s early struggle with Latin in seminary stood out to her because he ultimately learned Spanish and even the Tzutuhil dialect that served as the primary language of the Santiago Atitlan citizens. (He eventually translated the New Testament into the Tzutuhil.) So, the Lord gave him the capability to communicate and help those he loved, she said.

“The last time I talked to him, the last time he came home, he was kind of struggling with pulling the English words because he was so at home in Guatemala,” she said. “Several times in our conversation, he was like, ‘How do you say …?’ I thought that was interesting.”

He said once Stanley left home for seminary and their other brother James left to farm elsewhere, he became his father’s right hand man.

However, Tom Rother said he may have become the lifelong farmer of all the Rother siblings, but his brother, the priest, didn’t stray too far from his own farming roots.

He remembers that Stanley Rother jumped with gusto back into the harvest work or whatever chores needed to be done on the family farm on his return trips from Guatemala.

He said his brother ended up using his farming skills to help his Guatemalan parishioners. Stanley Rother took farming equipment to Guatemala, paying the outrageous fees that patrols charged him as he sought to get the machinery to his impoverished parish.

Recently, Tom Rother’s son Patrick, 51, and several of his other sons and grandsons spread out to help with the wheat harvest. Patrick drove a combine through a field west of his parent’s home.

At day’s end, Tom Rother walked out onto the porch and looked out on the horizon just as he remembers his brother, Stanley, doing on those summer evenings in 1981.

Tom Rother wistfully expressed a sense of pride in his sibling for having the courage to stand in the face of danger.

Inside the house, he pointed out numerous pictures and paintings of Stanley Rother that hang on the wall or are displayed on every surface imaginable. Marti Rother has amassed a collection of books featuring some of the spiritual leaders who influenced Stanley Rother and books that make mention of his now-legendary Guatemalan ministry and martyrdom.

The mementos lovingly displayed throughout the house attest to the family’s sense of connectedness to the slain priest, even as time continues on.

He also continues to inspire others in Okarche.

Okarche’s town administrator Richard Raupe, who attends Stanley Rother’s hometown parish of Holy Trinity, said Stanley Rother was a great example of the kinds of people that have populated the community for decades.

“It’s quite an honor for this community and it’s kind of indicative of the people who settled here, and really the whole state of Oklahoma – hardworking, humble and faith-based, always willing to help their neighbor and giving of themselves,” Raupe said.

Janelle Grellner, another Holy Trinity member, said she was in her 20s when Rother was murdered. She said she remembers him participating in Mass and then, one day while she was at one of the worship services, she learned that the priest had decided to return to Guatemala after all.

“It really stuck with me. He went in the face of that danger which a lot of people, I don’t think, would have done. I remember being struck with fear,” Grellner said.

These days, she said she is proud that “he came from our little town and our little church community.”

Another parishioner, Loretta Schaefer, 88, said she went to school with “Father Rother.”

She said she never doubted that the Church would recognize her classmate for the great man of faith that he was.

“It’s wonderful. I knew it was coming,” Schaefer said.

Meanwhile, Holy Trinity member Cindy Shelley, 48, said she was thrilled when she heard the news that Pope Francis had proclaimed Rother a martyr and set a date for his beatification.

“It’s so exciting and humbling,” she said. “I’m just excited that there’s an Oklahoman who is being recognized for his sacrifice.”

Young parishioner Abbey Shelley, 18, said the priest is an example for young Okarche residents like her.

“I think it’s honestly inspiring. Not many people get to say there’s a saint from their town — somebody who can influence the world around us,” she said.

Randi Rother, 27, one of the priest’s young cousins, agreed.

She said her grandfather, Paul Rother, was the brother of Stanley Rother’s father, Franz. She said growing up, she didn’t understand her relative’s call to serve his beloved Guatemalan parish, particularly in the face of certain danger.

“You always heard about Father Stan. This family member had this story or this parishioner had another story. Everyone knew him and spoke so highly of him so you know there’s this great impression that he left,” she said.

“I understood the reasoning behind it, but I didn’t understand what would make him stay (in Guatemala). He knew he was in trouble, he knew he was on a death list, he knew his family was afraid for him and yet he was so strong and brave. I just didn’t get it.”

In July 2016, she was one of the Rother family members who took part in the Oklahoma City archdiocese’s pilgrimage to Guatemala commemorating the 35th anniversary of the priest’s death.

The trip broadened her perspective.

The tours of Guatemala City, the trek up the stairs to the Santiago Atitlan parish church, the vibrant music of the parishioners and their fervent faith that was so sweetly displayed made an indelible impression, she said.

“To see the evolution of the parish that Father Stan left behind was really awesome. It really helped to see why Father Stan was really drawn to the culture and to the people because they were really so warm and so loving,” she said.

“The whole trip was so enlightening and if anyone ever gets the opportunity to go, I think they need to go.”