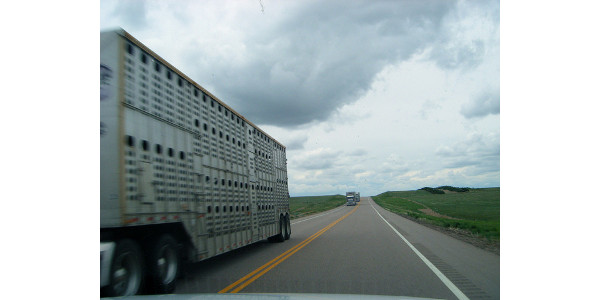 Issues from international trade relations to domestic infrastructure concerns were discussed at the Ag Transportation Summit July 25 and 26. (Bradley Gordon via Flickr)

LINCOLN — Issues from international trade relations to domestic infrastructure concerns were discussed at the Ag Transportation Summit July 25 and 26.

The summit, held every two years, is hosted by the National Grain and Feed Association and the Soy Transportation Coalition. The summit’s goal is to bring leaders from producer organizations, agribusiness and the government to focus on maintaining and improving waterway, rail, truck and vessel transportation of U.S. agriculture.

“It’s kind of ironic that these trade and tariff issues are going on right now,” Nebraska Soybean Board and Soy Transportation Coalition member Richard Bartek said, noting that over half of Nebraska’s soybeans are exported to foreign markets.

While Bartek said most of those soybeans travel by railroad to the Pacific Northwest, they may begin to travel in another direction if China buys fewer U.S. soybeans.

“In our meeting, we had people concerned about where our product’s going to go,” Bartek said. “We know in this day and age people aren’t going to stop eating, and livestock’s got to have food. The world’s not going to stop just because of this trade issue.”

Infrastructure at the local level was a primary topic during both the summit and the Soy Transportation Coalition’s meeting leading up to it.

“When it comes to bridges and highways and railroads, that’s what I’m concerned about in Nebraska,” Bartek said. “The bridges are getting older and needing work. A lot of them are being closed, and this puts a hardship on school districts as well agriculture transportation.”

“A local farmer could build them, using the materials he could find at Menard’s,” Saathoff said. “They’re strong and safe and reduce costs for everybody.”

Saathoff said the highlight of the summit was hearing Secretary of Agriculture Sonny Perdue speak reassuringly about the future of trade.

“We’re good at what we do,” Saathoff said. “We’re raising a quality product, and we’re raising a lot of it. We just need to keep our markets open and the demand for our products high.”

Planting seeds of success at NCTA