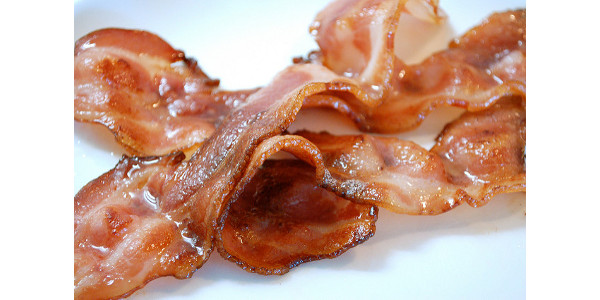 Over the past six years, pork use has grown on a pound basis by more than double chicken, which is the next fastest growing protein. (Kim Ahlström via Flickr)

CLIVE, Iowa — Pork has been the fastest-growing protein in foodservice since 2011, according to Technomic, Inc.s 2017 Volumetric Assessment of Pork in Foodservice. Over the past six years, pork use has grown on a pound basis by more than double chicken, which is the next fastest growing protein. Pork use increased by 1.145 billion pounds, while chicken use grew by 515 million pounds.

On a percentage basis, pork grew three times the rate of turkey, which is the next fastest growing protein, at 3.6 percent versus 1.2 percent. During this same time period, pork represents 61 percent of all protein growth in the foodservice industry (1.145 billion pounds of a total growth of 1.867 billion pounds).

The pork category continues to increase in foodservice, with a growth rate of 0.8 percent from 2015 to 2017. Totaling 5.9 billion pounds, the growth reflects a volume increase of 114 million pounds over the 2013 to 2015 period.

Processed pork continues to be a strong performer in foodservice, making up the majority of total volume. The five largest categories driving pork category growth are bacon, processed ham, breakfast sausage, ribs and pepperoni. Collectively, the categories represent 66 percent of the total volume. The love of bacon shows no signs of slowing and represents the largest share of volume, at 20 percent, or 1.2 billion pounds, growing 4 percent since 2015.

“We are pleased to see continued growth of pork use in foodservice,” said National Pork Board President Jan Archer, Goldsboro, North Carolina. “The volumetric study shows that pork continues to be a strong performer in the foodservice industry, underscoring pork’s popularity specifically in value-added pork products such as ham, bacon and sausage.”

As consumers demand more interesting flavor profiles and global cuisine, there has been an increase in authentic fresh pork applications. Since 2015, carnitas showed a compound annual growth rate of 5 percent and porchetta had a 15 percent increase. Notable growth in fresh pork also was seen in belly, chops and ground pork.

“Fresh pork presents a huge opportunity in foodservice by offering a range of cuts and applications to deliver a variety of authentic and innovative dishes. Also, fresh pork’s value has never been better,” Archer said. “Fresh pork allows the foodservice industry to deliver what consumers want while turning strong profits.

In categories where both uncooked and pre-cooked forms exist, pre-cooked pork has grown at a faster rate over the past two years, respectively growing at 4.7 percent and 0.9 percent. This growth can be attributed to packer/processor innovation and an ability to deliver quality pre-cooked products that address the labor challenges many operators face.

On an overall basis, the usage of pork is evenly split among the three main dayparts, with snacking representing a small share of volume, which is consistent with the 2013 and 2015 Volumetric Study findings. However, lunch has taken one share point away from dinner overall since 2015. This can be attributed to the extension of breakfast menu items to other dayparts, with lunch being the key beneficiary of all-day breakfast. In addition, slowing traffic in the dinner daypart, especially among Full Service Restaurants, is a factor.

“Pork continues to deliver on key criteria for both foodservice and consumers,” Archer said. “And menuing pork presents a unique opportunity for the different foodservice segments to grow their businesses and be profitable.”For more information on the 2017 Volumetric Assessment of Pork in Foodservice, or to find out how pork delivers across the menu, please contact the National Pork Board at (800) 456-7675 or at foodservice@pork.org. Valuable information also can be found at porkfoodservice.org.