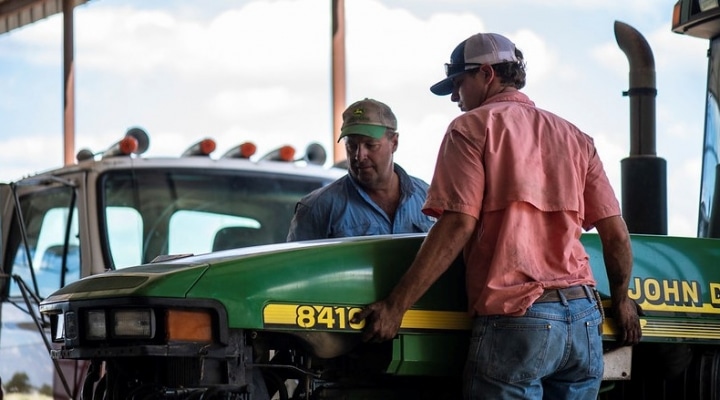 Designed for employers, the training is also relevant to parents who have children working on a family farm as well as high school agricultural teachers, 4-H leaders, and FFA advisers. It is available online at no charge and takes about 45 minutes to complete. (Stock photo via U.S. Department of Agriculture, Public Domain)

WASHINGTON — A new, free online training aimed at supervisors of young agricultural workers is available in English and Spanish with a goal to protect younger workers.

“Youth working in agriculture are injured more often both fatally and non-fatally than youth working in other industries,” said Diane Rohlman, co-principal investigator on the Training for Supervisors of Young Agricultural Workers project with Shelly Campo, both University of Iowa professors. “We want to protect younger workers.”

The training was designed with input from agricultural educators, farmers, producers, supervisors, parents, and agricultural safety and health professionals. The project was supported by the National Institute for Occupational Safety and Health (NIOSH) through the National Children’s Center for Rural and Agricultural Health and Safety, Marshfield Clinic Research Institute. 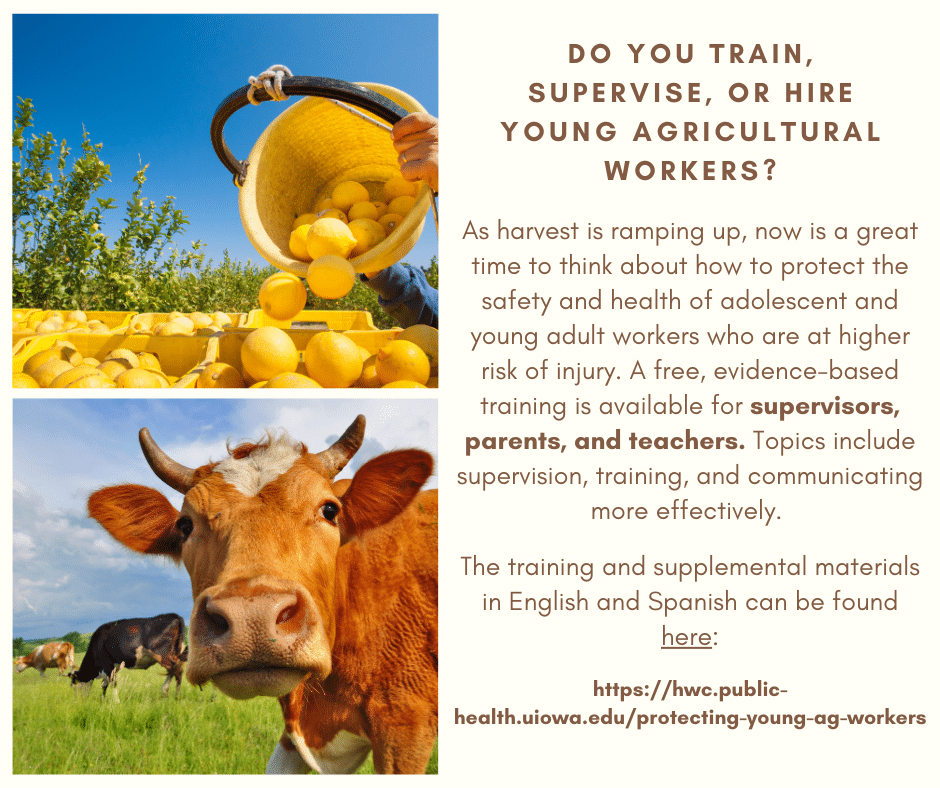 Rohlman and Campo focused on supervisors – anyone who trains, supervises or hires young agriculture workers – because they assign tasks in the workplace and are responsible for training and safety, said Rohlman.

Designed for employers, the training is also relevant to parents who have children working on a family farm as well as high school agricultural teachers, 4-H leaders, and FFA advisers. It is available online at no charge and takes about 45 minutes to complete.

Young agricultural workers are not just children. Employers may say, “I don’t hire young workers,” but employ an 18-year-old. Research shows the brain and body continue to develop up to age 25. Furthermore, younger workers may lack experience, be afraid to speak up, engage in risky behaviors or have poor decision-making skills.

It is up to supervisors to ensure they are trained to minimize risk and injury and protect themselves.

In other words, you have to know it’s dangerous, know how to mitigate risk, and believe if you make changes it will protect workers, Rohlman said. That concept was factored into the training and how they crafted the message.

One concept the training describes is the teach-back method, in which a supervisor explains a task and shows how to do it, then has the worker describe it back and demonstrate how to do it. The training also teaches supervisors how to ask open-ended questions rather than yes-no questions. “Young workers all over are reluctant to speak up,” Campo said.

Additionally, the training talks about the role of policies in the workplace. “Policies force you to think about how safety needs to be part of a job,” Campo said. Policies need to be enforced and followed by everyone, she said, noting supervisors need to model safe behavior for employees, for example, by wearing a seat belt or not using a cellphone.

“We took what’s called a Total Worker Health approach” when crafting the training, Rohlman added. It takes a broader look at safety both on and off the job and goes beyond injury prevention to overall worker well-being. Non-traditional hazards can impact safety on the job, she said, such as fatigue, mental health, lack of support, distraction and substance use. It’s all part of protecting youth in agriculture, she said.

From produce to livestock, learn to grow your farm