Home » Four State Farm Show to kick off May 21st 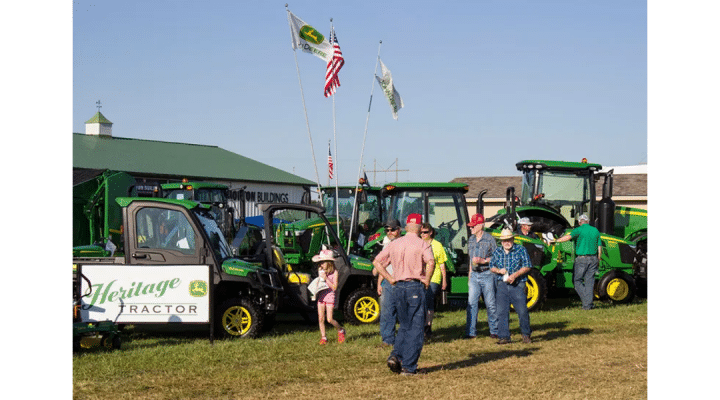 Vendor participation is the largest in the show’s history, with more than 750 indoor and outdoor booths already sold, said Lance Markley, show coordinator and representative of the Ozark Empire Fairgrounds, the new promoter for the long running event. (Photo: Four State Farm Show)

PITTSBURG, Kan. — A new day dawns for the 46th annual Four State Farm Show. This year’s event, the first at the new Pittsburg State University venue, kicks off Friday, May 21 and continues May 22 and 23. Show hours are from 8 a.m. to 4 p.m. on Friday and Saturday and 8 a.m. to 3 p.m. on Sunday.

The show location will include the Robert W. Plaster Center along with the surrounding parking lots and grounds. The area is located on Homer street on the eastern edge of the campus.

In 2020 PSU announced the signing of a multi-year contract with the Four State Farm Show that relocated the event from a farm south of Pittsburg.

Vendor participation is the largest in the show’s history, with more than 750 indoor and outdoor booths already sold, said Lance Markley, show coordinator and representative of the Ozark Empire Fairgrounds, the new promoter for the long running event.

For the first time in 36 years, attendees will be able to view booths indoors with the utilization of the climate-controlled Plaster Center.

While the Farm Show historically has been an agriculture-only event, the addition of “rural living” exhibit space in the Plaster Center will allow non-agricultural companies the opportunity to reach spectators with their products in a designated area.

A similar section has been popular each October at the Ozark Fall Farmfest in Springfield, Missouri. This year’s rural living exhibits will include clothing and accessories, home décor and improvement products, cutlery and cookware, health and beauty, lawn and garden, food and wine, and much more.

An array of agricultural products will be located in the Plaster Center and in five outdoor sections.

“With many shows being cancelled in the past year, exhibitors are eager to attend shows and we believe spectators feel the same way,” Markley said. “Interest in the show has been phenomenal.”

Lawn mower test driving – a popular feature previously – is returning this year, Markley said, giving attendees the opportunity to test drive a variety of zero turn lawnmowers in an area just adjacent to the show.

Pittsburg State University policy prohibits any moving ATVs or UTVs on the show grounds by exhibitors or spectators. Golf carts may be rented from the show supplier by calling 417-883-9393.

Admission and parking are free. Public parking will be available on numerous PSU parking lots throughout campus with continuous shuttles to and from the show area.