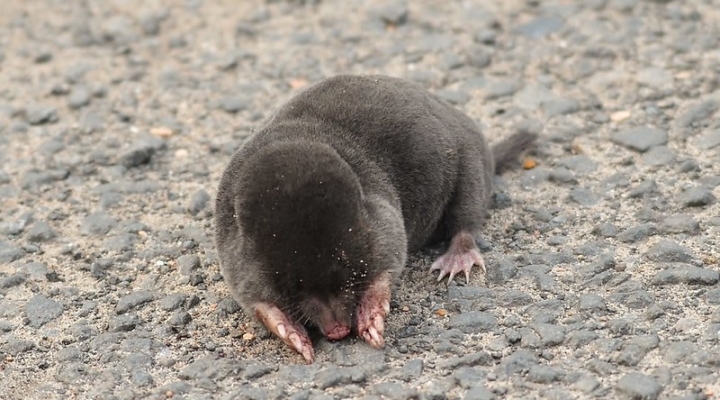 The phones are ringing at local University of Georgia Cooperative Extension offices this time of year as homeowners puzzle over which critters are digging up their yards. There are many possibilities for what animals may be involved, so homeowners can be on the lookout for clues to figure out what the culprit might be based on the size of the holes, associated damage and where the holes are located. (photo by charlie.syme, creative commons/flickr.com)

CARTERSVILLE, Ga. — The phones are ringing at local University of Georgia Cooperative Extension offices this time of year as homeowners puzzle over which critters are digging up their yards. There are many possibilities for what animals may be involved, so homeowners can be on the lookout for clues to figure out what the culprit might be based on the size of the holes, associated damage and where the holes are located.

More often than not, the smaller, four-legged excavators are in the rodent family. If the damage is more extensive than just a few holes, there may be larger mammals involved, such as armadillos or wild hogs. Ultimately, to get to the bottom of the hole problem, you might need to set up a trail camera to catch the animal in the act. Once the animal is identified, then we can recommend a specific control option.

The rodent family includes at least a dozen possibilities for Georgia. Some of the more common rodents we get calls about include voles, chipmunks, squirrels and woodchucks (also known as groundhogs). Moles are also very common, but are technically not rodents.

Moles are insectivores and are more closely related to shrews and bats. In the fall, there is a lot of mole activity because white grubs are starting to hatch out near the soil surface. This is one of the mole’s favorite snacks. These white grubs are frequently found in lawns and are the result of Japanese beetles and other beetle species laying their eggs this past summer. The grubs feed on the roots of grass and can occasionally cause damage to a lawn. Moles tunneling under the lawn can be a symptom of a grub problem, especially in yards that are consistently irrigated.

Knowing that the food source involves grubs helps you deduce that moles are involved. If white grubs are found to be a problem in the lawn (around 10-20 per square foot of sod), then insecticide treatments are justified to avoid root damage from the grubs. Early fall is the best time to treat for grubs. Treating for grubs may temporarily reduce this food source for the moles, but it can increase their digging activity in search of food. This might result in more damage to the lawn.

Because moles eat insects, grubs and worms, there is really not a good way to bait them into a trap and poison baits are seldom effective. Moles live and travel in underground tunnels just below the soil surface. Generally, only one mole lives in each burrow. However, you may have a network of underground runways that house individual moles. Most mole burrows average about 5 to 8 inches beneath the surface.

Packing the soil with a roller or reducing soil moisture from frequent irrigation may reduce a lawn’s attractiveness to moles. Packing may even kill moles if done early in the morning or late evening when they are most active.

Trapping is the most effective and practical method of getting rid of moles. There are several mole traps on the market that are specifically designed for killing moles with spring-loaded mechanisms. The traps should be placed in straight runways that show fresh signs of mole activity. Take care not to disturb any part of the mole’s runway tunnel except where the trap is being inserted. Another option is to bury a large coffee can or wide-mouth jar in the mole’s tunnel to create a pit trap and cover the top of the burrow with a board. The moles will fall into the pit trap and be captured alive using this method.

For more information on trapping techniques used for moles and other pests, see the Internet Center for Wildlife Damage Management website at icwdm.org/species.

Pesticide fate in the environment, November 12

Follow these home safety tips to keep children from harm during pandemic
May 26, 2020

Interactive distance learning series is offered by Georgia 4-H
May 18, 2020