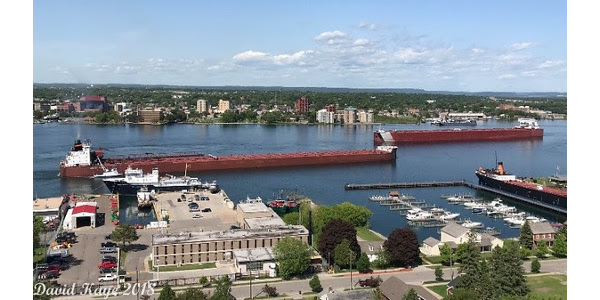 Great Lakes November grain exports originated from Oswego, Toledo, Milwaukee and Duluth, showcasing the diversity of the Seaway System supply chain and the global access that North American growers and exporters have via the Great Lakes. (Michigan Farm Bureau)

WASHINGTON — The Great Lakes Seaway Partnership has announced the tonnage report for commercial vessel activity in the St. Lawrence Seaway System through November 2022. The report indicates the Seaway System continues to be a reliable and dependable global shipping route.

“Shipping on the Great Lakes St. Lawrence Seaway System depends on the capabilities of  a network of highly capable ports that help feed the world and empower our economy at home,” said Adam Tindall-Schlicht, Administrator, Great Lakes St. Lawrence Seaway Development Corporation. “The November tonnage report is another indicator that international supply chains through Great Lakes ports are diverse and reliable as we near the close of the 2022 shipping season.”

November grain exports originated from Oswego, Toledo, Milwaukee, and Duluth, showcasing the diversity of the Seaway System supply chain and the global access that North American growers and exporters have via the Great Lakes.

It’s estimated that U.S. Great Lakes ports traded with at least 19 countries during November, up from 18 in October.

Below are the key performance indicators and commodity data comparing tonnage figures through November 2022 to the same period of 2021.

“General cargo shipments, including project cargoes, over-dimensional cargoes and a variety of other types, have definitely been among the highlights this season in the Port of Duluth-Superior,” said Deb DeLuca, executive director of the Duluth Seaway Port Authority. “It’s been a very good year for those arrivals, with shippers benefiting not only from Duluth Cargo Connect heavy-lift capabilities, but also from our port’s excellent road and rail clearances to and from the middle of North America. It’s part of the advantage cargo-movers gain by using the Great Lakes-St. Lawrence Seaway System to reach the Upper Midwest and interior Canada.”

During November, tonnage at the Port of Toledo surpassed 10.5 million tons for the year. Gains in coal, grain, and iron ore led the way and shipments are expected to remain steady going into the final month of the shipping season.

“We are handling about 20 percent more cargo since the Cleveland Cliffs HBI plant went into production at the Port of Toledo two years ago,” said Joseph Cappel, VP of Business Development for the Toledo-Lucas County Port Authority.  “We will build on our new baseline by continuing to make improvements to our dock and material handling capabilities making the necessary investments that will modernize our facilities.  The acquisition of a Liebherr 550 mobile harbor crane, the reconstruction of the dock wall at Midwest Terminals, a new conveyor system, and the addition of a multi-modal liquid bulk transload facility represent over $32 million in recent project investment at the Port of Toledo.”

“Port Milwaukee is realizing new maritime commerce opportunities with an increase of high-value breakbulk and project cargoes,” said Jonathan Fera, spokesperson for Port Milwaukee. “With the significant level of steel shipments traveling through our terminals, Port Milwaukee stands ready to welcome and transport cargo of all kinds in supporting regional economic activity that moves the Great Lakes supply chain forward.”

Also during November, the Illinois International Port District received multiple shipments containing steel products. The final destination for many of these shipments are conveniently located within a one-day drive of Chicago.

“We’ve seen significant regional supply chain diversions this year, which has positioned Chicago as a key destination for commodities like steel, plywood, sugar, and non-ferrous metals,” said Erik A. Varela, executive director, Illinois International Port District. “Thankfully we’ve been up to the task and have been able to help deliver these commodities that uplift the region’s economy.”

The Port of Oswego continued its strong year as an agricultural exporter with an outbound soybean shipment in November.

“This year has shown the immense capabilities of the Great Lakes to deliver food to the global market, and Oswego has played a significant role in that,” said Bill Scriber, executive director, Port of Oswego. “November was another productive month on our docks and we look forward to finishing the 2022 year strong.”

The Great Lakes-Seaway System serves a dynamic economic region that includes eight U.S. states and two Canadian provinces. If the region were a country, it would have the 3rd largest economy in the world with a GDP of $5.5 trillion – larger than that of Japan, Germany, Brazil, or the United Kingdom. The region is home to 107 million people and accounts for almost 40 percent of the total cross-border trade between the U.S. and Canada.

Great Lakes-Seaway shipping is a foundation of this vibrant economy. More than 160 million metric tons of commercial cargo are transported on the waterway each year, providing low-cost and efficient transportation for the region’s manufacturing, mining, agriculture, and energy sectors.

The Great Lakes-St. Lawrence Seaway System is a marine highway that extends 2,300 miles from the Atlantic Ocean to the Great Lakes, supporting more than 237,868 jobs and $35 billion in economic activity. For more information, please visit www.greatlakesseaway.org. 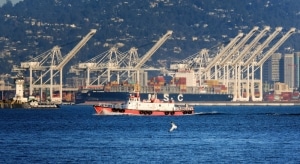 OAKLAND, Calif. — The Port of Oakland is set to launch an interagency effort to improve the flow of agriculture exports at the Port. The program involves the use of additional yard space and equipment, restored export ship calls and assistance to export users. The goal is to provide relief to agricultural exporters who are […] 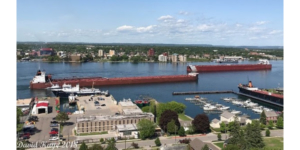 WORTHINGTON, Ohio — One of the widely acknowledged cardinal rules of supply chain management is to avoid putting too many eggs in one basket. When a shipper can access a variety of transportation modes and providers, the more competitive that shipper will often be in serving its domestic or international customers. In the effort to […]