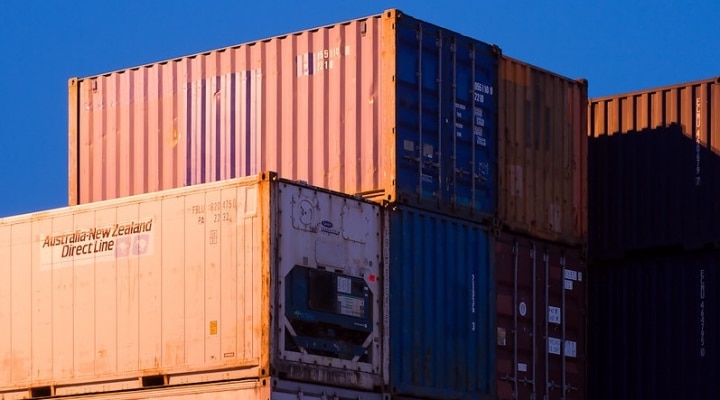 As one of the world's great trading hubs, Hong Kong is a rich source of the sturdy 40-foot (12-meter) -long boxes. (Timm Suess, Flickr/Creative Commons)

HONG KONG (AP) — After a career making shipping containers that transport freight around the world, Arthur Lee has stayed with them in retirement, using them to raise crops and fish.

Operating on a rented 1,000-square-meter (quarter-acre) patch of wasteland in Hong Kong’s rural Yuen Long, Lee’s MoVertical Farm utilizes about 30 decommissioned containers, some decades old, to raise red watercress and other local vegetables hydroponically, eliminating the need for soil. A few are also used as ponds for freshwater fish.

The bounty is sold to supermarkets in the crowded city of 7.5 million that is forced to import most of its food.

As one of the world’s great trading hubs, Hong Kong is a rich source of the sturdy 40-foot (12-meter) -long boxes.

Lee uses the latest technology to monitor his crops. The controlled environment inside the boxes uses a hydroponic drip system to deliver nutrients, eliminate the need for herbicides and pesticides, and reduce risks from pests, small animals and bad weather. Temperature, humidity, carbon dioxide levels, nutrient mixtures and light can all be monitored and adjusted.

And if Lee loses his lease, he can load his container farm onto trucks and move it elsewhere with minimal disruption.

Shipping container farms have taken off in countries around the world with wildly varying climates, from freezing to tropical, and on scales ranging from single containers to dozens. Many are located in urban areas where fresh produce can easily be delivered to stores or directly to consumers. While vegetables, fruits such as strawberries and freshwater fish are among the most popular, some growers have turned to raising high-protein insects as a food supplement.

Controlled environment agriculture is just one use for shipping containers, both new and old. In poorer nations, they are often used as shops with the added advantage of locking up tightly at closing time. In more affluent nations, they have been turned into tiny homes, painting studios, coffee shops, backyard sheds for hobbyists and even swimming pools. Online, containers can be bought for around $4,000, with basic home conversions going for $30,000 or more.

Conservation standards up for review, comment by April 22
April 15, 2021