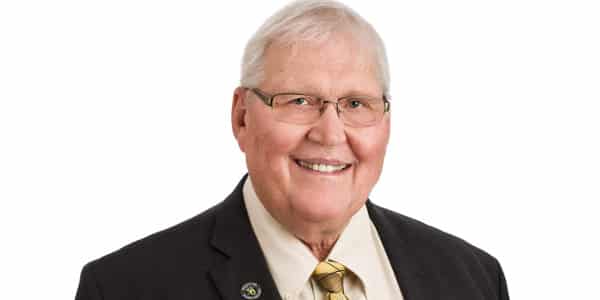 SHAKOPEE, Minn. — The Minnesota Corn Growers Association (MCGA) is honoring Gerald Mulder with a Minnesota Corn Lifetime Membership for his dedication to advancing the mission of the grassroots organization on the county, state and national level.

During his nearly 50 years farming in Renville and post-retirement, Mulder served as a devoted advocate for Minnesota’s corn farmers and worked tirelessly to give farmers a strong voice on the issues that mattered most. Throughout his years of service, Mulder led efforts to grow membership in MCGA by spending countless hours raising awareness of the importance of membership.

In addition to his nine years as an MCGA board member, Mulder was a longtime member of the Renville County Corn and Soybean Growers board, including serving as president. Doug Toreen, a friend and fellow Renville County board member, said Mulder’s belief in the importance of grassroots advocacy through MCGA fueled his mission to grow membership in the organization. Shortly after joining the board of the Renville County Corn and Soybean Growers, Mulder worked with Toreen to grow its membership from around 200 to more than 1,000 members.

“He has always been a big believer in what Minnesota Corn did, and believes in the importance of membership to advance that mission,” Toreen said. “He always emphasizes that if we don’t have the numbers when we go to St. Paul or Washington, we aren’t going to be able to get things done.”

Mulder brought that enthusiasm in meetings with policy makers to elevate the issues that were most important to corn farmers and their families. He is a respected advocate both by his peers and legislators. In 2016, Mulder was recognized for his contributions to Minnesota agriculture with a special resolution in the Minnesota House of Representatives brought forward by Rep. Tim Miller.

“Gerald is devoted to building a brighter future for his family and all future generations on the farm, which was evident in his drive to grow membership and strengthen our advocacy work,” MCGA President Les Anderson said. “As a corn farmer, I am thankful for Gerald’s hard work and honored to have had the opportunity to work alongside him.”

Mulder’s contributions extend to the national level through his work on National Corn Growers Association (NCGA) action teams where he worked with NCGA staff and board members around the country on consumer engagement initiatives. NCGA Communications Director Cathryn Wojcicki appreciated Gerald’s steadfast support for programs like CommonGround, and his belief in their importance to promote conversation about food and farming.

Like many who have had the opportunity to work with Mulder, she also appreciated his thoughtful approach in working with staff and fellow farmers.

“Gerald brought a calm, gentle nature to our meetings that was essential to our group dynamics,” Wojcicki said. “He was always willing to speak up and advocate for the things he believed in, and he had a respected voice that facilitated great discussion.”

“NCGA benefitted greatly from Gerald’s dedicated service and warm enthusiasm for this work. The number of members who can trace their first invitation to join back to Gerald is impressive. He truly acted as a welcoming ambassador for our industry,” Ross said.

Mulder currently resides in Renville County with his wife Connie.