Roger Allen and a changing cohort of partners have transformed the property into an artistic haven, an evolving work of art itself. They also have nurtured dozens and dozens of painters, jewelers, stone carvers, photographers, ceramicists, sculptors, metal workers, glass artists and a blacksmith, among other artists and crafts-people. (t. chen, Flickr/Creative Commons)

SAN ANGELO, Texas (AP) — In 1971, Roger Allen was teaching art at San Angelo Central High School and looking for a piece of property where he could live cheaply, make pottery and not worry about his studio being torn down by landlords with development dreams.The Houston Chronicle reports what he found after a year or so of looking was a weed-choked 3-acre plot on the nondescript northeastern edge of town. The property, including nine dilapidated, junk-filled buildings, had been a poultry-processing operation before the big boys, Pilgrim’s Pride and Perdue Farms, drove local producers out of business. Allen and two friends bought it for $25,000.

More than four decades later, the West Texas potter with the graying rat-tail and bushy goatee is still making superb pieces — his work is in museums and galleries around the country — and the old chicken plant has become the Art Institute of San Angelo. More commonly known as the Chicken Farm, it’s a remarkable complex of studios and gallery spaces, apartments, a bed-and-breakfast, a top-flight restaurant and living quarters for Allen and his wife, Pam Bladine, a masseuse from Oregon and Los Angeles.

Chicken Farm co-owners, Susan and Jerry Warnell, also live at the compound. Susan, a painter who runs the B&B, moved to San Angelo from Scottsdale, Arizona, in 1991. Jerry is a former resort-hotel executive who works in glass when he’s not keeping the complex in fine fettle. He moved to San Angelo in 1985.

“When we started here, there was nothing but the raw buildings,” Lubbock native Allen recalled one weekday evening over spareribs, beans and turnip greens. “I’d teach school until mid-afternoon, come here and drive nails until night and then throw pots until 2:30 in the morning. For 20 years, it never stopped. Somebody was sawing, hammering, driving nails 24 hours a day, changing chicken coops into studios.”

Among the junk in one of the buildings were 25 jukeboxes, including a vintage Wurlitzer “bubbler.” Allen and friends sold them off for $200 apiece. “Those jukeboxes bought a lot of Sheetrock,” he recalls.

These days, 23 artists occupy 20 studios, along with six living quarters, set among shady nooks and crannies behind a wooden wall painted to resemble giant pencils. My comfortable room for two nights was on the second floor of a round building that was once the chicken-farm silo, with the Silo Restaurant downstairs. The compound radiates what a Washington Post writer called “rustic Texas cool.”

Allen and a changing cohort of partners have transformed the property into an artistic haven, an evolving work of art itself. They also have nurtured dozens and dozens of painters, jewelers, stone carvers, photographers, ceramicists, sculptors, metal workers, glass artists and a blacksmith, among other artists and crafts-people. They’ve invigorated the local art (and music) scene, while producing quality work of their own.

“I travel quite a bit, and it’s almost unique in the country,” said Howard Taylor, director of the San Angelo Museum of Fine Arts. “They’ve played a significant role in this community’s growth and development.”

Taylor recalled that when he first got to San Angelo nearly 30 years ago, he was advised by a couple of board members not to take the Chicken Farm seriously, that it was just a bunch of old hippies doing their hippie thing. Now, he said, the whole town recognizes the place as a major San Angelo attraction.

“They’re engaging the public all the time,” he said, “whether it’s children’s programs, classes, public events. It’s got a great spirit to it. And then, it’s just funky.”

Allen and friends also have created an intriguing way of life for themselves. It’s not a commune, his wife, Pam Bladine, explains; it’s more like an extended family. They work together, share meals if the spirit moves them and pitch in to organize the art shows, programs and live music concerts that take place year-round.

“I don’t think there’s anybody here that wants to work for anybody else,” Bladine says. “But what that means is you work seven days a week.”

In September, the Chicken Farm will host a big weekend bash celebrating the 70th birthdays of Allen, Warnell and Taylor. The museum director says he would just as soon ignore the landmark event, since it makes people wonder if he’s planning to retire. (He’s not.) For the Chicken Farm guys and their wives, it’s a time for reflection, although they have no plans to change anything they’re doing.

Allen told me he won’t consider himself an elderly gent for at least another decade. “I’ll never be gone from here,” he says. “I always intend to be living right here and working, even if we turn the operation of this place over to someone else.” 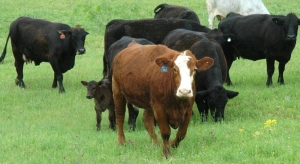 SAN ANGELO, Texas — The Beef Symposium: Profitability and Sustainability in Ranching will be held June 16-17 in San Angelo. The Texas A&M AgriLife Extension Service and Angelo State University are presenting the event. The June 16 portion of the symposium will be held from 8:30 a.m.-4 p.m. at the Foster Communications Coliseum in the First Financial Bank […] 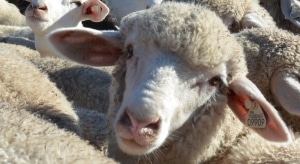