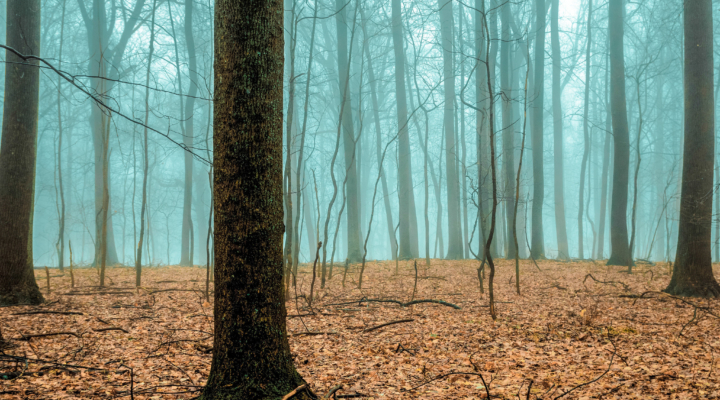 A transition from wild collection of herbs to forest farming needs to occur in Appalachia to make the opaque, unstable and unjust supply chain for forest medicinal plants such as ginseng sustainable, according to a team of researchers who have studied the market for more than a decade. (photo by Thomas, creative commons/flickr.com)

UNIVERSITY PARK, Pa. — A transition from wild collection of herbs to forest farming needs to occur in Appalachia to make the opaque, unstable and unjust supply chain for forest medicinal plants such as ginseng sustainable, according to a team of researchers who have studied the market for more than a decade.

“In this case, ‘sustainability’ doesn’t refer just to conservation, although it very much applies to the preservation of these valuable forest medicinal plants and the ecosystems in which they are found,” said researcher Holly Chittum, a Penn State doctoral student in forest resources, who led the team. “But it also relates to social justice, equity and fair trade for the people at the base of the supply chain who harvest the plants.”

Chittum, who is also project scientist with the American Herbal Products Association, noted that demand for forest botanicals has grown quickly in recent years, increasing by as much as 8% annually. Forest understory medicinal plants long have been wild-harvested for commerce, she said, and some of the most widely traded plants are native to the deciduous forests of the eastern United States — with the Appalachian region serving as an epicenter of supply for as many as 50 medicinal plant species.

“Appalachia is really the only place that you can find some of these plants with the characteristics desired by certain types of consumers,” Chittum said. “And if you are supplying the whole global market, for example with wild American ginseng, from populations in Kentucky, North Carolina, Tennessee, Virginia, West Virginia, Maryland, New York and Pennsylvania — there are concerns that it may not be sustainable.”

In particular, there is a subset of medicinal plants that occur only or mostly on forestlands in eastern North America, and these plants are still nearly 100% sourced from the wild, noted researcher Eric Burkhart, instructor in ecosystem science and management in Penn State’s College of Agricultural Sciences.

It is difficult to assess the impact of harvesting on wild medicinal plant populations, said Burkhart, also director of the Appalachian Botany and Ethnobotany Program at Penn State’s Shaver’s Creek Environmental Center.

“Unlike timber or other more generally recognized natural resources, what is happening to these wild plant populations is not generally known,” he said. “That means that the supply, rate of removal and rate of regeneration are all uncertain.”

In addition, Burkhart noted, some plants such as ginseng increasingly are managed or cultivated on forestlands.

“Which means that while it arguably can be said that some people are negatively impacting wild populations through harvesting, others may in fact be countering such impacts by tending and cultivating these plants on forestlands,” he said. “And so, the story is a complicated one.”

Wild-harvested plant roots, rhizomes and tops typically are brought to root buyers, country stores, taxidermy shops, metal shops, convenience stores, bait and tackle shops, gas stations, and the like, Burkhart explained. Those small businesses consolidate product in their areas, and then regional aggregators buy from them and sell to companies, international traders or manufacturers.

“So, in many cases there is no transparency in the current supply chain, and companies and consumers don’t really know where the ginseng, black cohosh, goldenseal or other forest medicinal plants came from,” he said. “As a result, consumers and a growing number of companies have legitimate concerns about the quality of the product, and wild stocks of plants such as ginseng are being overharvested and can’t meet long-term demand pressures.”