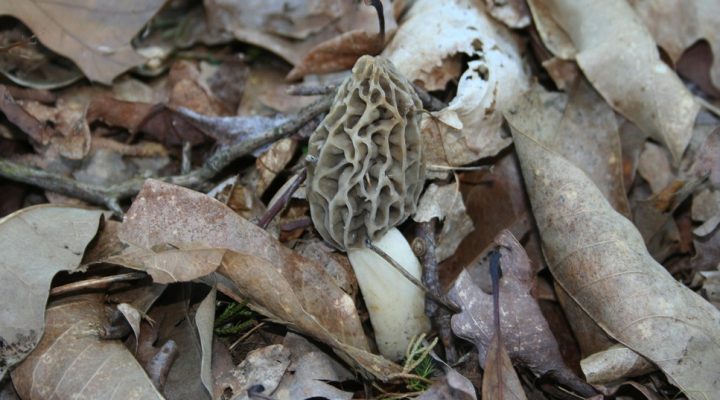 Foraging is a tradition in Maine, where wild-picked berries, mushrooms and fiddleheads, which are the twisty fronds of a young fern, are all popular. (Clayton Sieg, Flickr/Creative Commons)

PORTLAND, Maine (AP) — Get off my lawn, and out of my blueberry bush.

That’s the message in a proposal before a Maine state house committee that would restrict foraging for wild, edible vegetables, fruits and funguses on private property.

Republican Sen. Thomas Saviello, of Franklin, made the proposal which, as currently written, would prohibit the harvest of such food without written permission or a bill of sale from the owner of the property.

Foraging is a tradition in Maine, where wild-picked berries, mushrooms and fiddleheads, which are the twisty fronds of a young fern, are all popular. Saviello’s proposal received a chilly reception from foraging enthusiasts, outdoors lovers and even some land owners at a public hearing, and will likely be altered before a key vote.

“As an outdoorsman and recreational forager, the current wording of the bill would impose a severe hardship on me and I’m sure, many others,” testified Tom Seymour, who said he enjoys “many wild edibles and most of these are plants that no one knows of.”

Saviello is working on walking back his bill. He said it could be saved by making it clear that it differentiates between foraging for personal use and collecting for a commercial operation.

Maine landowners have a long history of sharing access to their land to hunters, snowmobilers and foragers, and the intention of the bill is not to jeopardize that, Saviello said. Rather, he was motivated by constituents who have had their fiddlehead patches raided by foragers who seem to be gathering grist for some kind of commercial operation, he said.

A new iteration of the proposal could set limits on how much could be foraged without permission, Saviello said.

“I would hope you would go to that landowner and say, ‘I might pick some ramps, some mushrooms, I might pick some raspberries,'” Saviello said, referencing a kind of wild onion that is popular in restaurants. “Hoping people are courteous. And Mainers are.”

The proposal did find support from the Maine Woodland Owners, which said landowners deserve to benefit from a growing interest in wild mushrooms.

“lf money is being made from foraging, we think the landowner should at least have the opportunity to benefit, too,” said Bill Williams, deputy executive director of the group, in testimony.

The bill is currently before the Committee on Agriculture, Conservation and Forestry, which is expected to cast a vote on it soon after Saviello makes changes. It’ll be up for discussion Tuesday. Committee chair Paul Davis, a Piscataquis Republican, said he feared the proposal could have unintended consequences as written.

“I wouldn’t want to see somebody that was out brook fishing catch a trout, pick a few fiddleheads to go along with the trout, have a gun with him and get arrested for a felony,” he said. “It needs more clarity.”