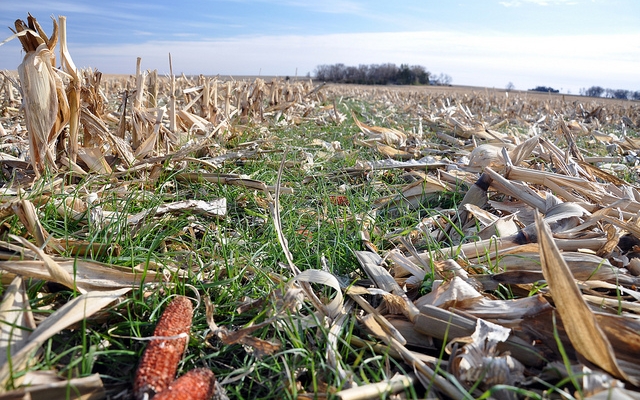 NORTH PLATTE, Neb. — Cover crops can complement corn silage systems; especially when soil erosion protection is a concern. As the name implies, cover crops provide ‘cover protection’ for bare soils subject to erosion by rain droplets when residue has been removed. Beyond erosion benefits, the choice of cover crops usage as a single plant species or mix may be further based on soil health goals; growing season remaining after silage harvest; intended cash crop for the upcoming year; and economics.

If corn silage harvest occurs early enough in the fall such as mid- to late-August; both small grains and brassica will likely have enough time to produce favorable forage yields (when moisture is not a limiting factor). Research indicates that cover crop forage production will double for each month that the fall growing season can be extended. As planting dates move later into the fall, there may be less usage of brassica plants such as turnips, canola and radishes. Among the small grain cover crop choices, cereal rye is usually the most preferred species choice for fall and early spring growth and grazing. Oats, winter wheat and triticale may also provide fall forage grazing, but cereal rye breaks dormancy earlier in the Spring. Thus, rye will potentially provide more spring forage production if corn will be the intended crop planted on previous silage fields.

Oats, wheat, triticale, and barley may be preferred if the intended next crop can have delayed Spring planting.

The bottom line is that living plants can protect soils as well as provide grazing forage.

July election results for the Nebraska Soybean Board