Home / National / For the first time, Earth soil soars to space station to aid agriculture
A new user experience is coming! We'll be asking you to login to your Morning Ag Clips account March 1st to access these new features.
We can't wait to share them with you! Read more here. 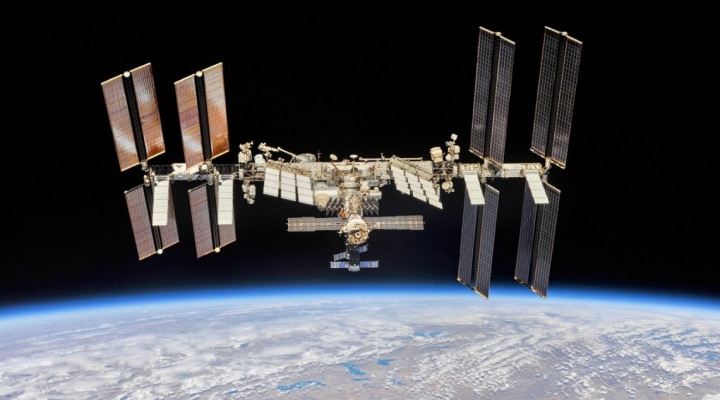 The International Space Station in a 2018 portrait. (NASA/Provided)

ITHACA, N.Y. — Cornell University doctoral student, Morgan Irons is about to help make space-exploration history: for the first time ever, unmodified Earth soil will be launched into space.

Irons will see the soil she scooped from a Cornell farm organic plot sent into space on the evening of Sept. 29. It will hitch a ride aboard a resupply mission bound for the International Space Station (ISS) – orbiting about 254 miles above Earth.

On the space station, researchers have used hydroponic planting systems, seeds placed in engineered growth media, and highly modified, mineral soil, said Irons, but this experiment will be different.

“This would be the first time that natural, unmodified Earth soil and engineered biochar soils have been brought up to space,” she said.

Soil aggregates consist of particles that bind to one another for carbon sequestration, nutrient retention and soil aeration. Aggregation is considered a soil-health indicator that depends on fungal and microbial adhesives to bind mineral and organic matter.

Since natural and biochar-containing soils have never been studied in space, scientists don’t know how they react without gravity.

“We don’t know the role that gravity plays in driving soil biogeochemical processes,” Irons said. “We want to fundamentally understand the impact of gravity on fungal and microbial systems, within the context of soil aggregate stability.”

While Irons knows this study likely will be a step to help future long-term space missions take humanity deep into the solar system and beyond, the gravity experiments could lead to better understanding of soil’s unique characteristics.

“Hopefully,” she said, “this experiment in space helps farmers down here on Earth, so that we all can thrive and live sustainably.”

Astronauts won’t need to fumble with loose dirt in plastic containers and risk spilling it: It will be in 36 plastic self-contained vials, for a total of one-tenth of a pound of dirt from three experiments. One set will contain soil from around Ithaca, New York; another set will contain high-performance engineered soil containing biochar from the Ithaca-based company bio365, overseen by John Gaunt; the third set will be from Matthias Rillig, a professor at Freie Universität Berlin, Germany.

“This will be the first time that a soil ecosystem has left the confines of Earth and we study what it does,” said Johannes Lehmann, professor of soil science and principal investigator of the project. “This is a bit of a nerdy historic moment, but I’m very excited about it.”

The commercial resupply mission to deliver food, supplies, equipment – and soil – to the International Space Station will lift off on Sept. 29 at 10:27 p.m. EDT from the Mid-Atlantic Regional Spaceport at NASA’s Wallops Flight Facility, Wallops Island, Virginia, according to NASA.

COVID-19 exposes the vulnerability of those without broadband