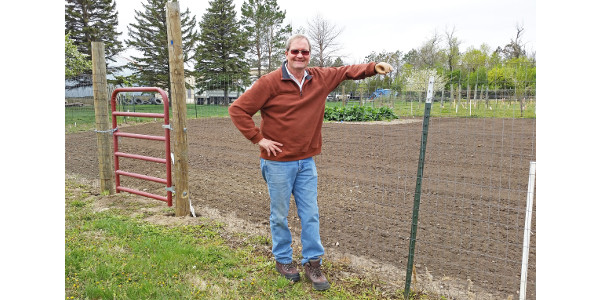 DONNYBROOK, N.D. — David Miller of Donnybrook met with an attorney to talk about transitioning the family farm to his son a few years ago, and how to balance that with the wishes of the family’s other children.

“She wanted to set up three trusts, charge me $7,500 the first year and $2,500 each year to keep it current,” Miller said. “Every time you want to change something, you’ll have to have an attorney. … We’re just a family farm.”

Miller declined to go further with the attorney, and instead, attended the Design Your Succession Plan program put on by the North Dakota State University Extension Service. He went once by himself, and then even went a second time with his wife.

“They just made it seem like it isn’t rocket science,” Miller said. “Just take it step by step.”

It’s one of many Extension programs that has made a serious difference in people’s lives, allowing families to transition with relative ease.

For Miller, it walked him through the process of not just making decisions, but handling difficult conversations.

“It laid out the steps that you have to go through to transfer a farm from one generation to another,” Miller said. “One thing they really stressed is you want to be open with all of your kids — keep them informed. That’s where they help you keep your family together.”

Miller spoke highly of the developed tools and the good discussion during the Extension workshop.

“The workbook is very good, and the interaction with other couples — which you don’t get with an attorney — some of those interactions are priceless,” Miller said. “They bring up situations in their family that you hadn’t even thought of. It broadens your mind on how to work with your son.”

The Miller family wasn’t new to the services Extension provides, as 4-H, gardening tips, farm finances, pesticide programs have all been topics that saw the Millers turn to Extension for education.

“To have an organization that covers so many different areas,” Miller said. “There are so many projects that they help.”

“They help farm women know more about finances and how to run the financial end of the farm,” he said. “That’s a great help to a lot of us guys, because a lot of the women do the bookwork for farmers. To give them a course on Quickbooks or some type of software, that’s just great for farm operations.”

The Design Your Succession Plan isn’t directly related with improving crops or livestock, but it can make all the difference for a farm family, said Dr. Charlie Stoltenow, Assistant Director, and Ag and Natural Resources Program Leader.

Sheyna Strommen and her husband Aaron have a ranch south of Mandan near Fort Rice, where they raise three children.

Because they have cattle, dealing with vaccines is part of the job. Maintaining the proper temperature is essential for its effectiveness, something every rancher strives for.

Beef Quality Assurance Specialist Lisa Pederson developed a housing unit to hold vaccines, drilling holes in a Styrofoam cooler that keeps vaccines at the perfect temperature and out of the sun.

“We’re always looking for ways to improve, and we spend a lot of money on vaccines,” Sheyna said. “It’s also a bigger cost if you don’t do it right.”

Like Miller, Sheyna has also turned to Extension for other things.

“With the (Veterinary Feed Directive), I called her to see how to handle the record-keeping end of it,” Sheyna said. “I think everybody’s heart is in the right spot (with Extension). But if Extension is not going to be there to do the research and outreach, then who will do it?”

The county staff are local agents that serve all 53 counties and the four Native American reservations.

“The agents out in the county are really the front line for helping people,” Stoltenow said.

The area staff is made up of the specialists that “provide a higher level of knowledge and develop programs” for the staff in the area and across North Dakota. They are based out of research centers in Carrington, Casselton, Dickinson, Fargo, Hettinger, Langdon, Minot, Oakes, Streeter and Williston.

State staff are specialists that usually hold faculty positions at NDSU and typically are on campus, while the support staff is often made up of those who maintain the offices or deliver educational information to the public through communications.

The department head of Animal Sciences at NDSU is Dr. Greg Lardy. He’s directly faced with budgetary issues resulting from a 14 percent cut in state funding by the state legislature.

Lardy said he works to make sure that the needs of specialists are met, though he is concerned about problems that could arise in the livestock industry.

In 2013, the first diagnosed case of Porcine Epidemic Diarrhea (PED) hit the United States, and it wiped out 10 percent of the nation’s pigs. Lardy said they had the expertise on staff to handle the education immediately, but the funding doesn’t exist right now to hire dairy or swine specialists.

“He helped those producers implement biosecurity measures they needed to reduce the risk of that disease,” Lardy said. “He worked with youth on swine projects to educate them on what they could do to prevent the disease. If something hit like that now, I have nobody that can do that. It’s the same way on the dairy side.”

Lardy said balancing salaries back and forth can be hectic.

“It distracts you when you have budget issues hanging out there,” he said. “What I’ve told my people is we’re going to do less. We’ll have to say no to some things that we’ve typically done.”

Extension, by design, is meant to work as efficient as possible, Stoltenow said. When a specialist in one area leaves, there usually isn’t a backup to fill in or take over the spot completely. And with cuts, there may not be the funding to fill a key position when there is a retirement.

“Can we pull from somewhere else to fill that position? Sure,” Stoltenow said. “But then you’re robbing Peter to pay Paul. You can see what problems that creates. We’re only one deep. We don’t have four beef nutritionists like the (University of Nebraska-Lincoln). People say, ‘Ah, 14 percent is nothing to them.’ When you translate that to people and what they do, it starts to affect people real fast what we can support and how we can help them.”