Home » Foot rot can cause loss in profits for cattle producers 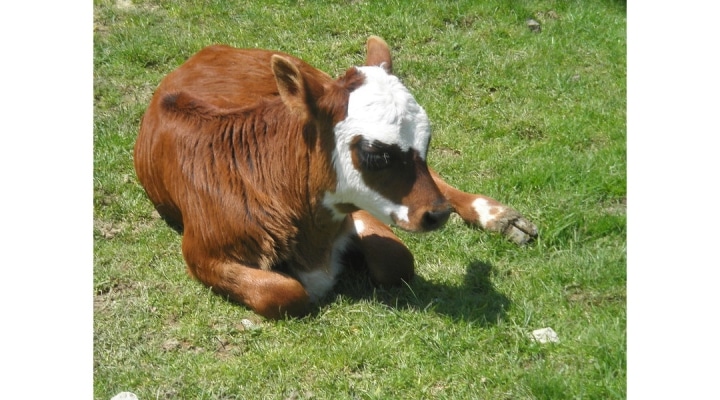 MANHATTAN, Kan. – Kansas State University veterinarian Gregg Hanzlicek said that a bacterial infection that causes lameness in calves could be decreasing the breeding effectiveness of the cow herd and costing producers’ profits.

Foot rot is a bacterial infection that is caused by several bacteria. The bacteria, according to Hanzlicek, are found in the rumen (the largest part of the stomach), and are therefore everywhere in environments where cattle are present. These bacteria and are unable to penetrate the cow’s skin on their own.

“Something has to break the integrity of the skin to let the bacteria from the outside of the skin into or underneath the skin,” he said.  “If your herd experiences a foot rot outbreak, it is helpful to investigate what in the environment is affecting skin integrity.”

According to Hanzlicek, the cow’s feet are susceptible to foot rot when conditions are too wet or dry; or due to mechanical injury.

“When the infection begins, it is subtle, but it will continue to progress and eventually swelling will become apparent around the coronary band (the area where the hoof is attached to the skin),” Hanzlicek said.

“If we can provide appropriate treatment to animals early, most of those will recover and do well.”

If not caught early, however, the infection can lead to the animal not responding well to treatment and they can become chronically lame, Hanzlicek said.

“Most lameness involves the foot and foot rot is more common in the hind feet, so if the producer sees cattle noticeably lame, just think foot first ,” he said.

To treat foot rot, Hanzlicek recommends picking up the bad smelling hoof, if possible; cleaning the area; getting rid of the dead tissue; and applying a topical antibiotic. Then, he said, most veterinarians will put a wrap on the hoof to protect the cut, and administer an antibiotic.

“As always, seek advice from your veterinarian on the best treatment for those animals,” Hanzlicek said.