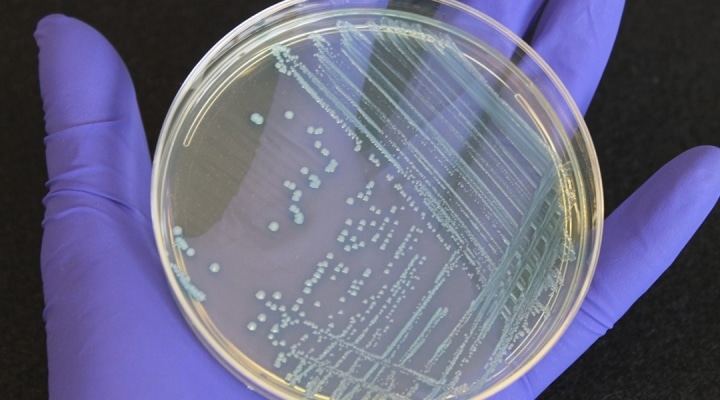 Listeria, shown here in Martin Wiedmann’s laboratory, will be easier to trace in food recalls, thanks to a new genomic and geological mapping tool developed by a group led by Jingqiu Liao, Ph.D. ’20. (Courtesy Photo)

ITHACA, N.Y. — Among the deadliest of foodborne pathogens, Listeria monocytogenes soon may become easier to track down in food recalls and other investigations, thanks to a new genomic and geological mapping tool created by Cornell food scientists.

The national atlas will tell scientists where listeria and other related species reside within the contiguous United States, which could help them trace and pinpoint sources of listeria found in ingredients, food processing facilities and finished products, according to research published July 15 in Nature Microbiology.

“As we’re trying to figure out the risk of getting listeria from soil and different locations, our group created a more systematic way of assessing how frequently different listeria are found in different locations,” said senior author Martin Wiedmann, Ph.D. ’97, the Gellert Family Professor in Food Safety and Food Science in the College of Agriculture and Life Sciences. “We’ve studied listeria in places as diverse as New York, Colorado and California, but before this atlas, [it] was difficult to make comparisons and assess listeria diversity in different locations.”

Listeria mononcytogenes in foods can make people extremely sick. The Centers for Disease Control and Prevention (CDC) estimate that each year 1,600 people in the U.S. get listeriosis; of those, about 260 die.

Knowing that listeria occurs naturally in soil, the Cornell group asked hundreds of other scientists across the country to scoop up soil samples from generally undisturbed places in the natural world, such as the off-trail areas of state and national parks.

From these samples, the group developed a nationwide atlas of 1,854 listeria isolates, representing 594 strains and 12 families of the bacteria called phylogroups.

Lead author Jingqiu Liao, Ph.D. ’20, who worked in Wiedmann’s laboratory as a graduate student, is now a post-doctoral researcher at Columbia University. She had supplemented the research by acquiring soil samples in her own travels and found listeria present across a wide range of environmental circumstances. This bacterium is controlled mainly by soil moisture, salinity concentrations and molybdenum – a trace mineral found in milk, cheese, grains, legumes, leafy vegetables and organ meats.

“The goal of this work was to systematically collect soil samples across the United States,” said Liao, “and to capture the true large-scale spatial distribution, genomic diversity and population structure of listeria species in the natural environment.

“With whole genome sequencing and comprehensive population genomics analyses,” Liao said, “we provided answers to the ecological and evolutionary drivers of bacterial genome flexibility – an important open question in the field of microbiology.”

Liao explained that this work can serve as a reference for future population genomics studies and will likely benefit the food industry by locating listeria contaminations that may have a natural origin.

If listeria is found in a processing facility in the western U.S., for example, and that facility had used ingredients from a distant state, Wiedmann said, “knowing the genomic information of listeria isolates and their possible locations across the U.S., we can better narrow the origins to a specific region. You can use this information almost like a traceback. It’s not always proof, but it leads you to evidence.”

The research was funded by the Center for Produce Safety in Woodland, California. 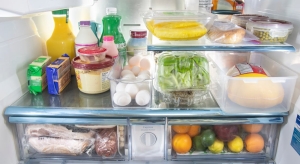 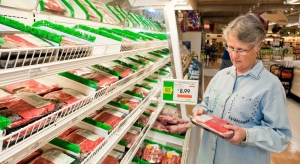 WASHINGTON — Florida’s outbreak of listeria has so far led to at least one death, 22 hospitalizations and an ice cream recall since January. Humans get sick with listeria infections, or listeriosis, from eating soil-contaminated food, undercooked meat or dairy products that are raw, or unpasteurized. Listeria can cause convulsions, coma, miscarriage and birth defects. And it’s the third […] 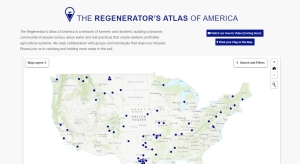 WASHINGTON — The National Center for Appropriate Technology (NCAT) has launched its Regenerator’s Atlas of America, an interactive storytelling map connecting farmers, ranchers, and land managers who are taking steps to catch and hold more water in the soil. The Regenerator’s Atlas of America is part of NCAT’s Soil for Water project. “From Maine to Minnesota, Texas […] 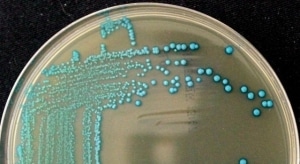