Home / New York / Food safety inspection results released
A new user experience is coming! We'll be asking you to login to your Morning Ag Clips account March 1st to access these new features.
We can't wait to share them with you! Read more here. 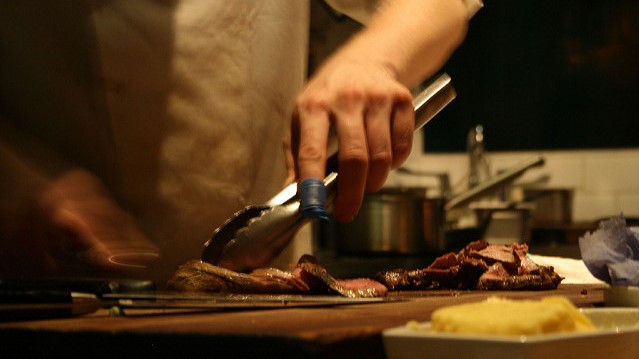 ALBANY — The New York State Department of Agriculture and Markets today released the results of the food safety inspections conducted by the Department during the second quarter of 2018.  The majority of retail food establishments inspected during this time period, from April through June 2018, received an “A” grade, which indicates compliance with the State’s food safety laws and regulations that help to protect against foodborne illness and ensure accurate product labeling.

In the second quarter of this year, the Department conducted a total of 8,033 inspections of food establishments, such as manufacturers, distributors, warehouses, retail grocery stores, supermarkets, and convenience stores. These inspections include routine annual inspections, re-inspections of facilities that were found to have critical food safety violations, and follow-up visits to businesses that were named in consumer complaints.

For the first half of the year, the Department has conducted 16,219 inspections.  The second quarter inspection results are available here.   Inspection results and their corresponding letter grades for retail stores are also posted on the Open Data online database.

In January, the Department introduced letter grades for its food safety inspections to more clearly display if a retail food establishment is compliant with current food safety laws and regulations.  The grades are indicated on the Notice of Inspection form, which is provided to retail food store owners or managers following the inspection and is required to be displayed at every public entrance to the facility.  The letter grading is meant to help consumers better understand the sanitary conditions of the store and provide an opportunity to better educate store owners about food safety regulations.

The “A,” “B,” or “C” letter grade corresponds to the following results:

A – No critical deficiencies were found. (Food safety program in place is working)

B – Although critical deficiencies were found, they were corrected at the time of inspection. (Room for continuous improvement)

C – Critical deficiencies were found but were not or could not be corrected at the time of inspection. (Need for immediate corrective action)

During inspections, trained food inspectors proactively look for issues that could lead to foodborne illnesses (critical deficiencies), such as those that involve the food source and condition, food cooking and storage temperatures, sanitary practices of food workers, among others.  They also inspect for concerns that do not directly cause foodborne illness but could negatively affect the operation of the food store (general deficiencies). These deficiencies relate to the design and maintenance of the establishment as well as its cleanliness.

The Division has a robust food surveillance program, regularly discovering products found to contain undeclared ingredients and live pathogens. Most recently, the Division was involved in several investigations regarding products contaminated with heavy metals and industrial dyes. This work received recognition by the FDA, led to several recalls, found at https://www.agriculture.ny.gov/AD/alertList.asp, and seizure of contaminated products.