Home / DelMarVa / Food insecurity more prevalent in rural areas, major cities
A new user experience is coming! We'll be asking you to login to your Morning Ag Clips account March 1st to access these new features.
We can't wait to share them with you! Read more here. 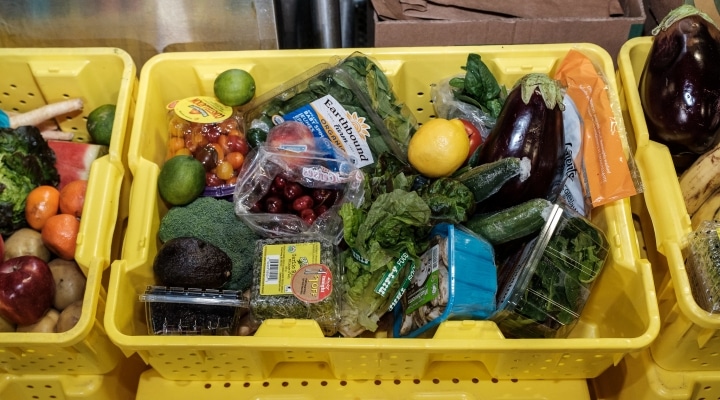 According to a report by the U.S. Department of Agriculture, 11.1% of U.S. households were food insecure sometime during 2018, with cities and rural areas having the highest rates. In Virginia, 10.1% of households experienced food insecurity between 2016 and 2018. (photo by Province of British Columbia, creative commons/flickr.com)

RICHMOND, Va. — More than 860,000 Virginians—many living in rural and urban communities—are experiencing food insecurity and may not know when they will get their next meal.

According to a report by the U.S. Department of Agriculture, 11.1% of U.S. households were food insecure sometime during 2018, with cities and rural areas having the highest rates. In Virginia, 10.1% of households experienced food insecurity between 2016 and 2018.

Households facing food insecurity are those who have difficulty acquiring food for all household members due to lack of money, transportation or other resources.

“Hunger is everywhere,” said Eddie Oliver, executive director of the Federation of Virginia Food Banks. “It really exists in urban, suburban and rural communities, and each area has its own challenges.”

In rural areas, residents live greater distances from food sources, so transportation issues can be a barrier without public transit. In addition, pantries and grocery stores may be fewer and far between, resulting in larger food deserts.

“Folks often live 10 to 20 miles away from pantries or grocery stores, making it a true burden to access fresh, healthy food,” Oliver explained. “Our rural communities have some of our highest rates of food insecurity, especially those in Southwest and Southside Virginia.”

To help alleviate hunger in rural communities, food banks have employed several outreach efforts, including mobile food pantries. These deliver a variety of food to as many as 300 households at a time.

“All seven of our member food banks offer mobile pantry programs in some capacity,” Oliver said. “We can load up trucks with thousands of pounds of fresh produce, frozen meat and shelf-stable items and deliver them to areas that may have very few resources for food-insecure families.”

To better support rural communities, the Federation of Virginia Food Banks is working with partners in the agriculture sector, like Virginia Farm Bureau Federation, to build connections with farmers who may have excess produce to donate.

“Our members and organization support food banks and pantries with food and monetary donations throughout the year,” said Tony Banks, VFBF senior assistant director of agriculture, development and innovation. “Farm Bureau works with the Federation of Virginia Food Banks and others through promotion and legislation to support and encourage farm-fresh food donations.”