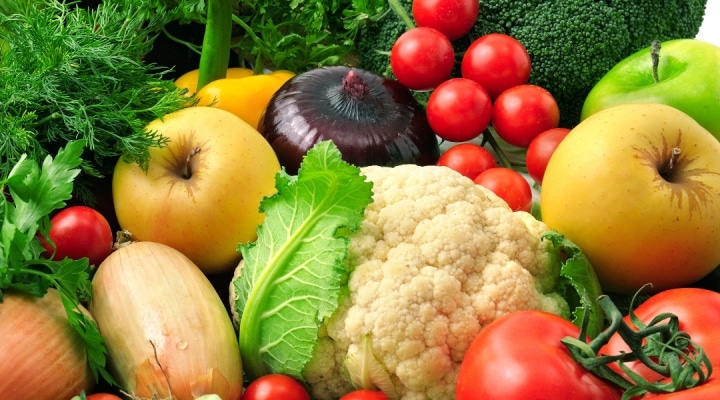 Food Bank of Central New York has reached several milestones in the Nourish New York program since its launch, purchasing 2,340,309 pounds of food or more than $2.8 million worth of agricultural products through March 25th. Products were purchased from more than 40 different growers and producers in Upstate New York, including many dairy farmers and processors. (Olearys, Flickr/Creative Commons)

ALBANY — Through the Nourish New York program, food produced and purchased from New York State’s farmers will be distributed to families in need by the Food Bank of Central New York at a special distribution event being held tomorrow, March 27, 2021 at Vernon Downs. The drive-thru distribution, which will run from 11 a.m. to 3 p.m., is expected to serve approximately 1,000 households. Food to be distributed includes potatoes, onions, apples, lettuce, tomatoes, yogurt, milk, and cheese from Chobani, Byrne Dairy, Upstate Farms, Hood Dairy, Chiavetta Farms, Mortellaro Farms, Apple Acres, Wheatfield Gardens, and Intergrow Farms. This distribution is also being made possible by a major donation to Food Bank of Central New York from Vernon Downs. Registration was required for individuals and families interested in participating in the event and is now closed as the event has reached its capacity of 1,000 households. Visit www.foodbankcny.org and click on Find Food to locate available food resources in the community.

State Agriculture Commissioner Richard A. Ball said, “While New York is beginning its recovery and rebuilding from the COVID-19 pandemic, there continues to be a great need across our State. Families are still relying on assistance to put food on the table and our farmers are still struggling with unstable and lost markets. We have seen incredible success through the Nourish New York program, and we are grateful to our partners, like the Food Bank of Central New York, for their tireless efforts and dedication to helping both ends of the food supply chain. Round 3 of the program has provided an additional $25 million to keep purchases of fresh, local dairy products, fruits, vegetables, meats, eggs, and so much more going and to bring those nutritious foods directly to our communities.”

Karen Belcher, Executive Director at Food Bank of CNY said, “Food Bank of Central New York works every day to feed the hungry. Funding through Nourish New York is an opportunity to continue to help people in our communities through food distributions of dairy, produce, and other agricultural items. Since our founding in 1985, we have created strong agricultural partnerships and the Nourish New York Initiative highlights those relationships. We appreciate the continued support of Governor Andrew Cuomo, the New York State Department of Agriculture and Markets, and the New York State Fair as we are all faced with the economic impacts that this pandemic has created.”

Food Bank of Central New York has reached several milestones in the Nourish New York program since its launch, purchasing 2,340,309 pounds of food or more than $2.8 million worth of agricultural products through March 25th. Products were purchased from more than 40 different growers and producers in Upstate New York, including many dairy farmers and processors. In the last year, the Food Bank experienced a 44% increase in household food requests over 2019, and the Nourish New York initiative was a critical component in meeting that increased need.

Governor Cuomo recently announced Round 3 of Nourish New York, which included an additional $25 million for food banks and emergency food providers. This brings the total amount provided to New York’s food banks to $60 million since the program’s launch in May 2020. Nourish New York was created in direct response to the impact COVID-19 had on New York’s families and farmers. It has been hugely successful in rerouting New York’s surplus agricultural products to the populations in need through the state’s food banks, while providing economic relief for food producers and farmers who lost markets as a result of the pandemic.  New York food banks have seen a dramatic increase in demand, in some regions up to 200 percent, as many New Yorkers struggle to put food on the table due to the ongoing public health crisis. To date and statewide, Nourish New York has helped New York’s food banks and emergency food providers purchase more than 23 million pounds of agricultural products, or nearly 20 million meals for New York households. 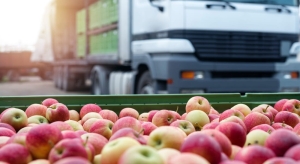 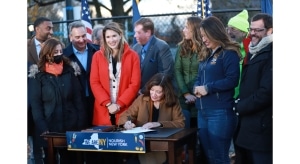 QUEENS, N.Y. — On Saturday, at the New York Hall of Science, State Senator Michelle Hinchey (D-Saugerties) and Assemblywoman Catalina Cruz (D-Queens) joined Governor Kathy Hochul for the signing of their bill (S.4892-A/A.5781-A) to make the Nourish New York initiative a permanent state program, effectuating a new market for upstate farmers that matches them with emergency food providers to fight […]