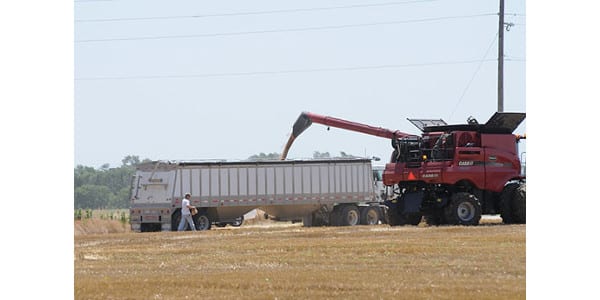 MANHATTAN, Kan. — Economic turmoil sparked by the COVID-19 virus means agricultural producers now more than ever, should do what they can to control costs and increase liquidity, according to agricultural economist Brian Briggeman.

“With this COVID-19 pandemic, we’re seeing a re-trenching – people pulling in and doing social distancing,” said Briggeman, who is the director of the Arthur Capper Cooperative Center at Kansas State University. “Our U.S. economy is driven by consumption, roughly 66% to 70% of our gross domestic product comes from consumption. We’re a nation of consumers, and if we’re not out consuming, that creates a lot of questions going forward.

“In response to this uncertainty and economic disruption, the Federal Reserve is using its monetary policy tools to support the economy.”

In a March 19 radio interview on Agriculture Today, Briggeman noted that the Federal Reserve exists to help guide the U.S. economy and provide a stimulus and support when needed and on the other side, a cool down when needed.

“The primary monetary policy tool that the Fed has at its disposal is the federal funds rate. The Fed Funds rate is the rate at which banks lend and borrow from each other in short term markets,” Briggeman said.

He noted that the federal funds rate is a signal to the economy and global markets. The Fed recently announced it is dropping the Fed Funds rate to the zero bound. The last time this rate reached that low of a mark was during the 2008 financial crisis.

“The Fed is taking a pretty aggressive approach, similar to what we saw in the 2008 financial crisis,” Briggeman said.

In 2008, the Fed’s balance sheet expanded from $850 billion in assets to more than $2 trillion in a matter of months. The additional assets were aimed at ensuring short-term credit markets remained functional. Similar to the Fed’s response in 2008, it’s committed to providing $1.5 trillion of short-term funding to credit markets today.

Other actions have been taken by the Fed to help support the U.S. economy, including creating credit facilities to support borrowing and lending of households and businesses, as well as purchasing longer term U.S. treasuries that have helped push longer term interest rates down.

“Many farmers, agribusinesses, and cooperatives that I’ve talked to saw long-term interest rates fall at the end of 2019 and (early) 2020, and that provided them opportunities to lock in some pretty cheap longer term money.” Briggeman said.

Whether the actions taken by the Federal Reserve so far will be enough to counter the turmoil the COVID-19 outbreak is having on the U.S. economy, including the agricultural industry, is unclear, he said.

“Unfortunately, that is just something we’re going to have to watch and monitor as things develop,” Briggeman said. “The 2008 crisis was created by the housing bubble. It popped and we had too much debt out there in households. This crisis is different. It’s a pandemic where we are re-trenching and pulling in and hopefully we will bounce back quickly. With that said, the likelihood of the U.S. entering a recession has gone up.”

When asked about the effect on agriculture, Briggeman said: “Each farm, ranch, and agribusiness needs to look at running as efficient of an operation as possible. Monitor costs. Build liquidity or working capital. Use sound farm and agribusiness financial management practices. Depressed commodity prices and low net farm incomes makes this challenging. But we’ve got to focus on being efficient.”

In addition to the audio interview on this topic, a video is also available.

K-State Research and Extension also has a resource page with links to a variety of topics associated with the COVID-19 outbreak.