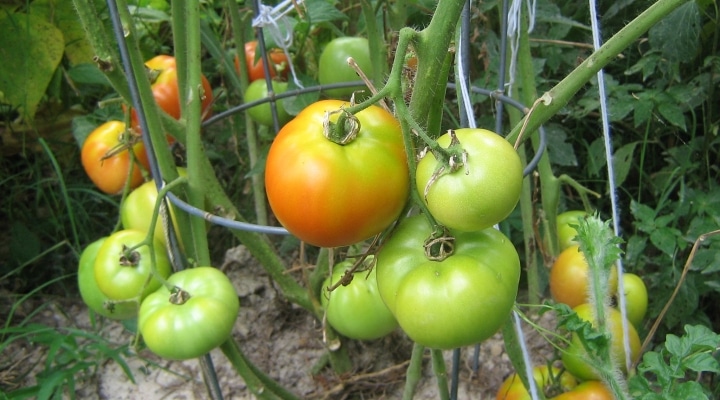 “Late frost killed everything we had,” said Mitchell, who operates B&M Farm’s Old Church Produce in Hanover County. “We had to start all over. Then we went from picking, to heavy rain and blossom end rot, and splitting wiped them out again.”

He said the farm’s pumpkins suffered a similar fate, but he is optimistic about the collards, kales and turnips.

“But the heirlooms did not do well in that frost,” he said. While heirloom yields were down this season, customers still asked for them.

“The heirlooms are ugly, and I always tell people the uglier the tomato, the sweeter it is,” Vaughan said. “It’s pretty much true. They buy them.”

Also in demand every summer are Hanover tomatoes with their unique, pleasing flavor.

Laura Maxey-Nay, Virginia Cooperative Extension agriculture and natural resources agent in Hanover, said the deluge in mid-August may have affected the crop, but the soil composition in Hanover can accommodate moderate amounts of moisture.

“That wet spell increased disease and knocked some tomatoes off,” Maxey-Nay said. “But most tomatoes planted in Hanover County are on sandy, well-drained soils, and they don’t get the wet feet.”

That soil structure, she said, is ultimately what makes Hanover tomatoes special.

“You’re not going to get the flavor of a Hanover tomato anywhere else because of the minerals and soil.”

Tomatoes are ranked among Virginia’s top 20 farm commodities, with 2,514 acres harvested on 870 farms, according to the 2017 U.S. Census of Agriculture. Tomatoes that survived the summer’s mixed weather conditions should be available until first frost.

Agribusinesses can apply for value-added grants through March 22
January 10, 2021