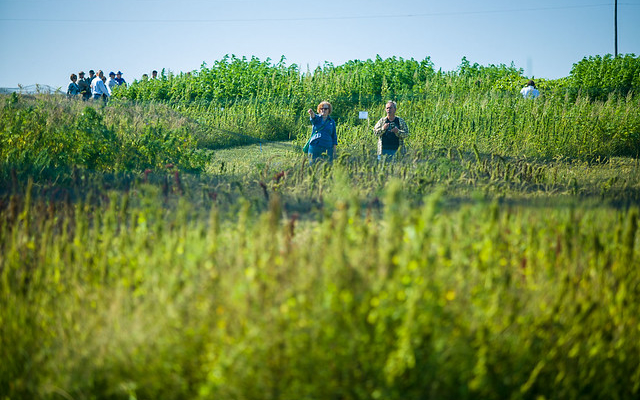 The state known for its oranges is now positioning itself to be a national leader in agricultural hemp, under a bill sent to Florida Gov. Ron DeSantis on Friday. (photo by UK College of Agriculture, Food & Environment, creative commons/flickr.com)

TALLAHASSEE, Fla. (AP) — The state known for its oranges is now positioning itself to be a national leader in agricultural hemp, under a bill sent to Florida Gov. Ron DeSantis on Friday.

The Senate unanimously passed a bill to create an agricultural hemp program, which is seen as a way to help farmers who have been battered by hurricanes and hurt by citrus diseases.

A federal farm bill passed in 2018 gave states the opportunity to develop a hemp-growing program that can be submitted to the U.S. Agriculture Department for approval.

“It opened up a window for states to act. Florida is going to be a pioneer, one of the first states to act in this emerging space,” Bradley said.

Hemp is related to marijuana but only has trace amounts of THC, the chemical that makes people high. The plant has a wide range of uses, from ropes and clothing to building materials and animal feed.

The bill was a top priority for Florida Agriculture Commissioner Nikki Fried, who was on the Senate floor for its final passage. Afterward, she said citrus will remain the state’s top crop, but growers will be able to supplement their groves with hemp.

Growers have been plagued by two diseases: citrus canker and citrus greening. Canker causes blemishes on the fruit and greening kills the trees. Combined they’ve cost citrus growers billions of dollars in losses.

“We are known for citrus, so we’re definitely going to continue encouraging our citrus industry,” Fried said. “If they need to utilize some of their property for hemp production, this gives them another option as we’re figuring out and finding a solution to citrus greening.”

Fried said Florida’s ability to grow hemp year-round and its large number of ports position the state to lead in production and exportation.

“We have the right environment, we have the right conditions and we’ve got the right members of the agriculture community, who are some of the most strong-willed” people in the state. “They’re going to utilize this to be prosperous,” she said.