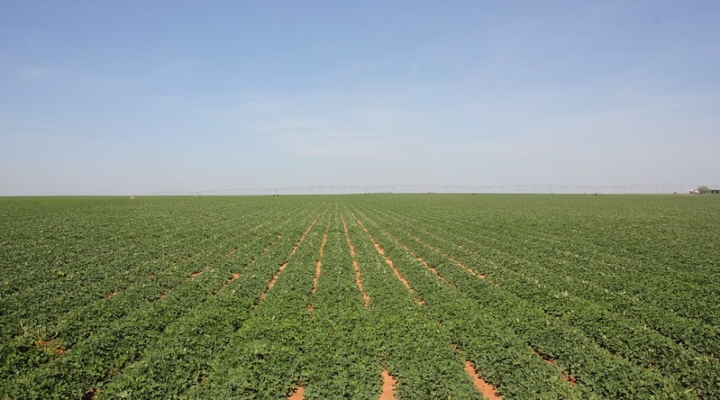 According to the National Agricultural Statistics Service in Florida, there were 6.7 days suitable for fieldwork for the week ending Sunday, September 29, 2019. (photo by Georgia Peanut Commission, creative commons/flickr.com)

MAITLAND, Fla. — According to the National Agricultural Statistics Service in Florida, there were 6.7 days suitable for fieldwork for the week ending Sunday, September 29, 2019. Precipitation estimates ranged from no rain in multiple locations to 1.82 inches in Curry Hammock State Park (Monroe County). The average mean temperature ranged from 74.4°F in Niceville (Okaloosa County) to 83.9°F in Pensacola (Escambia County).

Citrus
Temperatures were seasonably warm across the citrus growing region, with highs ranging from the mid 80s to high 90s. The highest reading was in Central Florida (Lake County), which reached 97°F. Counties in the citrus belt received no significant rainfall this past week. According to the September 26, 2019, U.S. Drought Monitor, drought conditions continued to spread across northern Florida. Parts of Citrus and Marion counties showed abnormally dry conditions. The remaining portion of the citrus growing region remained drought free.

Fruits and Vegetables
A variety of fruits and vegetables continued to be planted while others were harvested and brought to market. Cabbage planting was ongoing in Flagler and Putnam counties. Vegetable growers continued land preparation, laying plastic, and planting fall crops.

Field Crops
Hot temperatures and dry conditions continued to negatively impact crops in the Panhandle and northern peninsula. Peanut harvesting continued in Santa Rosa County. Peanut harvest was nearly complete in Levy County. Peanut conditions in Jackson County continued to decline due to the dry conditions. Cotton harvesting activities were reported in Lafayette and Santa Rosa counties. Hay was cut in Levy, Volusia, and Walton counties. Producers in Walton County reported the hay to be poor quality due to the dry conditions. Sugarcane looked good approaching harvest, and planting was ongoing in Glades and Hendry counties.