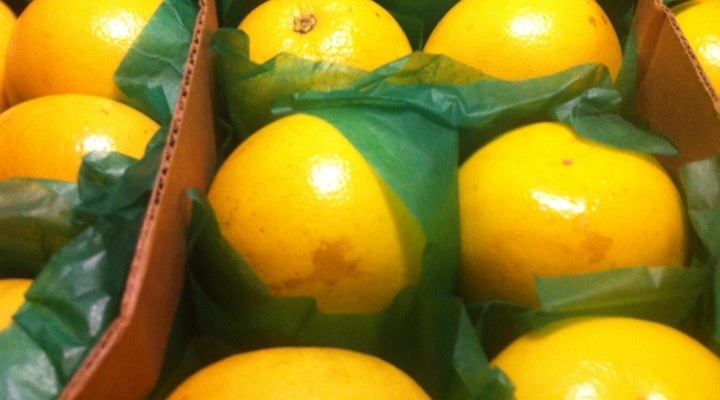 Despite a decrease in citrus production, the Florida Citrus industry contributed more value to the State of Florida in 2019-20 than the previous season. According to a study conducted by the University of Florida, the Florida Citrus industry had an economic impact of $6.762 billion to the state and supported more than 33,300 jobs. (photo by Food Group, creative commons/flickr.com)

The report indicates that the majority of the industry’s value in 2019-20 came from the manufacturing of citrus juice and byproducts at $4.741 billion. Citrus fruit production accounts for $1.816 billion and the process of moving fresh citrus from grower to the packinghouse door accounts for another $204 million.

The report also shows that the industry supported 33,381 fulltime and part-time jobs in 2019-20 with labor income contributions amounting to $1.531 billion in wages, salaries, benefits, and business proprietor income.

Additionally, citrus juice shipped from Florida to other states and foreign countries was estimated at a value of $2.731 billion and select byproducts at $59.45 million.

Further economic contributions to the state are experienced in the forms of supply chain linkages and household spending of income.

While the economic impact to the state is significant, the value is most felt in our rural communities where citrus remains the backbone of the economy, according to Dr. Marisa Zansler, economic and market research director at the Florida Department of Citrus.

“Although the economic contributions of the citrus industry in some rural counties may account for a small portion of these figures, the study findings demonstrate that their contributions are more impactful for the economic health of the area in which they are located because these industries represent a higher share of total economic activity,” Zansler said.

The economic impact study was conducted by the UF Institute of Food and Agricultural Sciences Economic Impact Analysis Program, which creates similar studies for other agricultural commodities. Researchers used USDA, FDACS, FDOC, the Florida Citrus Processors Association and more to complete the analysis.

This study was last done for the 2018-19 season and found the Florida Citrus industry had an economic impact of $6.5 billion.