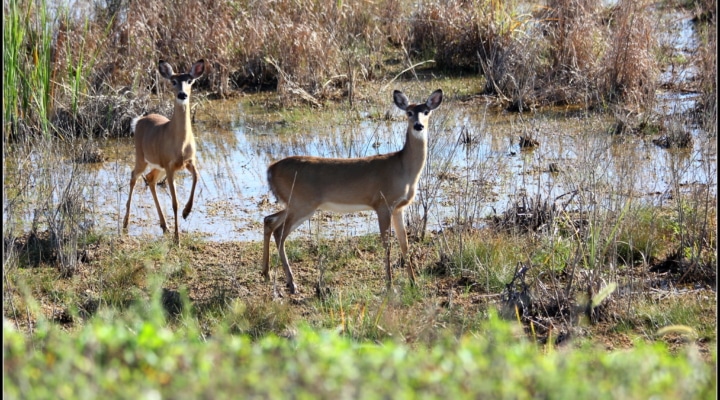 As part of the federal 2018 Farm Bill, Florida received two awards from the USDA Animal and Plant Health Inspection Service (APHIS) totaling $172,525. The awards were granted to the Florida Department of Agriculture and Consumer Services.

“Defending our state from communicable animal diseases is one of our top public safety priorities, and our veterinarians and diagnosticians work hard to monitor health threats and perform cutting-edge research and education on animal diseases,” said Florida Agriculture Commissioner Nicole “Nikki” Fried. “We thank USDA for their partnership through these grants, which will enhance not only our state’s animal industries and emergency preparedness, but the health of Florida’s animals and residents.”

The grant awards include:

$150,000 for the Bronson Animal Disease Diagnostic Laboratory to enhance testing capacity for Chronic Wasting Disease. The Bronson Lab is Florida’s highest-accredited animal disease diagnostic laboratory, of which Commissioner Fried, joined by former Agriculture Commissioner Charles Bronson, celebrated the opening of a new $11 million expansion last year. Chronic Wasting Disease is an infectious, degenerative disease found in deer, of which researchers and law enforcement are working to prevent introduction into Florida. This grant is awarded through the National Animal Health Laboratory Network.

$22,525 to help Florida prepare for the Foreign Animal Disease Southern Agriculture Functional Exercise (FAD SAFE). The exercises will be led by state animal health authorities and land-grant universities in 25 states including Florida, and will enhance disease emergency preparedness, improve capabilities, capacity, and readiness of animal agriculture sector responders, and address training priorities in the major livestock industries. This grant is awarded through the National Animal Disease Preparedness and Response Program.

The full release on the awards can be found here from USDA.

SESAF Symposium: 'Recovering from the Storm'