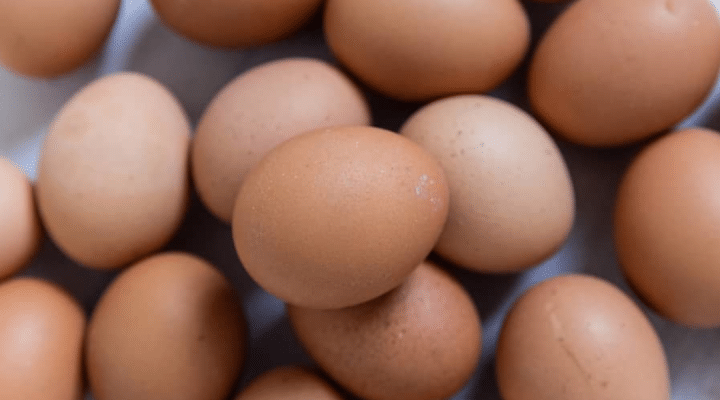 Did you know that eggs are one of the top foods that cause allergies? The Codex Alimentarius has defined a list of foods or ingredients that must be declared on packaging. (Photo: ©FAO/Cristiano Minichiello)

ROME — Most of us have an amicable, even loving, relationship with food. It nourishes us; it strengthens us; it even makes us happy. But every now and then, there is that one food or group of foods that, through no fault of our own, becomes an enemy. It makes us break out in rashes, feel unwell or even in some extreme instances, kills us. Food allergies, intolerances or sensitivities can change our relationship to food from one of joy to one of trepidation.

Defining “priority” allergens and mandating their appropriate labelling has been an important part of the work of the Codex Alimentarius Commission, an FAO and World Health Organization (WHO) body dedicated to setting international food safety and quality standards. In 1999, the Codex Alimentarius Commission outlined a list of foods or ingredients that must be declared on a food label. These “priority” allergens are ones that cause allergies in populations worldwide and provoke significant reactions even when eaten in small amounts.

FAO and WHO are now reviewing new scientific developments in the area of food allergens to ensure that the Codex standards and guidance are up to date.

Here are five things to know about food allergens:

1. A food allergy is an abnormal immune response

A food allergy occurs when exposure to a particular food triggers an abnormal immune response. Allergic reactions can happen fast, within minutes of consumption or exposure, or they can take up to several hours to appear. Allergic reactions are unpredictable, with symptoms ranging from mild localized rashes to a severe anaphylactic response. Intolerances, like lactose, are not the same as the abnormal immune reaction caused by an allergy. Because of this, they are treated as a separate category.

Though some childhood food allergies have been known to disappear over time and there have been some successes with desensitization studies, there is no cure for food allergies. Prevention is the only solution.

2. Some food allergies are worse than others

The Codex Alimentarius’ priority allergens are foods or ingredients that cause allergies in multiple populations around the world and are more likely to provoke severe reactions, even when small amounts are consumed.

These priority allergens include the “big-8”: milk, egg, fish, crustacean shellfish, tree nuts, peanuts, wheat, soybeans, in addition to sulphites (in concentrations of 10 mg/kg or more). In the United States, the “big 8” accounts for almost 90 percent of all food allergies.

3. The prevalence of food allergies differs by country

For example, the kiwi fruit was first brought to Japan in the 1960s. Nowadays, according to recent surveys, the kiwi fruit is one of the top 10 allergy-causing foods in the country.

Though the Codex Alimentarius outlines an international list of foods or ingredients that should always be declared on a label, the list may not necessarily cover all the food allergens that impact specific populations. Countries should investigate in their national contexts which pre-packaged foods should be labelled and at what quantity food allergens become harmful, taking into account the country’s food habits.

4. Hygiene and laboratory tests can help limit and detect levels of allergens in foods

In most cases, it is specific proteins found in certain foods that are problematic for allergic consumers.  These proteins can be naturally occurring or ones that have been altered in processing, for example peanut roasting alters the structure of some of its proteins.  In addition, these proteins may be part of the food itself or be present due to cross-contact with an allergen.

The Codex Alimentarius recommends good hygiene practices to effectively minimize the risk of allergen cross-contact.  The use of laboratory test kits are another good tool, which can detect very low levels of allergenic proteins in most food products. These kits allow food manufactures to quickly confirm that food processing equipment has been properly cleaned, though these are best used by trained technicians.

The Codex Alimentarius Commission has defined a Code of Practice on food allergen management for food businesses to minimize the risk of cross-contact. However, despite best efforts, food allergens may still unintentionally be present in some foods. A good example is the manufacturing of dark chocolate in a production line that also makes milk chocolate. It is extremely difficult to remove all traces of dairy products. A “May contain milk” or similar type statement should be used to alert allergic consumers that a product is not suitable for them.

The Codex Alimentarius Commission is working on providing international guidance for these precautionary allergen statements; however, allergic consumers must diligently check food product labels and heed these types of statements to make safe food choices.

Regulating food allergen labelling is effective and provides safe commercial food products for even allergic individuals. Presently, many countries have enforced food allergen labelling regulations; however, their approach largely depends on the national context. Through the development of labelling guidelines and codes of practice on food allergen management, the Codex Alimentarius helps countries to protect consumers and ensure fair practices in trade.

Beneficial nematodes could be key to plant defenses
June 27, 2022