Home / Nebraska / Five students take state in Conservation Poster Contest
A new user experience is coming! We'll be asking you to login to your Morning Ag Clips account March 1st to access these new features.
We can't wait to share them with you! Read more here. 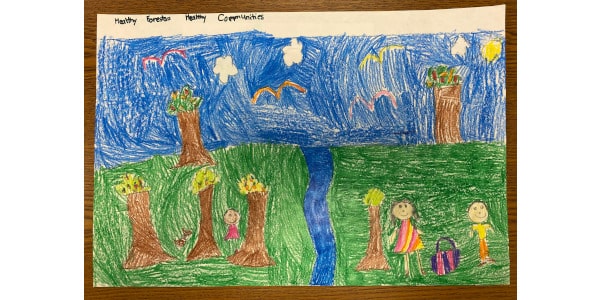 Each NRD selects a winner from their district contest to compete in the state competition. The state winners take home a $25 prize and will go on to compete in the National Association of Conservation Districts (NACD) poster contest for a chance to win $200. National winners are selected at the NACD annual conference in February.

Typically, NRDs notify area teachers about the contest and allow them to introduce it in the classroom. Individual students can participate outside of the classroom by submitting their artwork to their local Natural Resources District. The 2022 poster theme is “Healthy Soil: Healthy Life.” For more information on the poster contest, visit the NARD website or contact Megan Grimes at mgrimes@nrdnet.org.