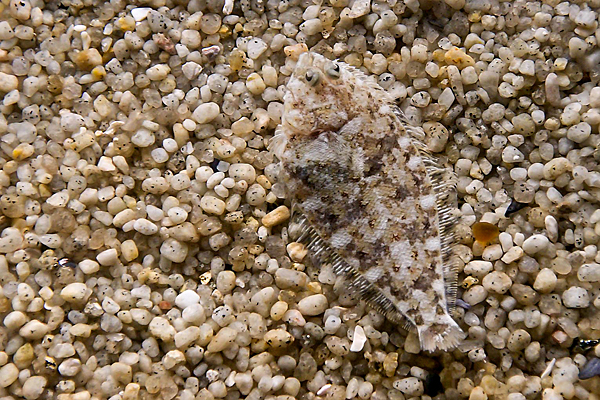 The summer flounder, also called fluke, is an important food fish and an economic driver for some coastal states. (Wikimedia Commons)

PORTLAND, Maine (AP) — A row with an appointee of President Donald Trump’s administration over the regulation of flounder fishing off New Jersey jeopardizes conservation of marine species all along the East Coast, interstate fishing managers said Monday.

The flatfish in question is the summer flounder, which is popular with sport fishermen and commercial fishermen from Maine to Florida. The regulatory Atlantic States Marine Fisheries Commission announced in June that it had found New Jersey out of compliance with management of the summer flounder fishery.

But Secretary of Commerce Wilbur Ross needed to sign off on the ruling, and he instead reversed it. The commission said in a statement that Ross’ ruling represents the first time since passage of the Atlantic Coastal Fisheries Cooperative Management Act in 1993 that a commerce secretary has failed to uphold such a noncompliance recommendation.

Ross’ ruling has the potential to soften the regulatory authority of the commission, which is tasked with managing fisheries along the coast, said Toni Kerns, director of the interstate fisheries management program for the Atlantic States.

The Atlantic States found that New Jersey was not implementing conservation measures, and Ross could have called for a federal moratorium on fishing for summer flounder in New Jersey’s state waters, Kerns said. Instead, his reversal sends a message that Atlantic States’ rulings lack teeth, she said.

“If the secretary of commerce isn’t agreeing to use that tool, then other states will see that and start not implementing measures,” Kerns said.

A spokesman for the federal Department of Commerce didn’t immediately respond to a request for comment Monday. The Atlantic States said it received a letter stating that Ross based his decision on New Jersey making a “compelling argument” that summer flounder are adequately managed in the state.

The Atlantic States is tightening size and possession rules for recreational fishing of summer flounder up and down the coast. But now, in New Jersey, the regulations will stay mostly the same.

The summer flounder, also called fluke, is an important food fish and an economic driver for some coastal states. The fish is also popular with recreational anglers because it puts up a fight and yields considerable meat, and sport fishermen seek it in places such as Delaware Bay off New Jersey.

But the last assessment of the stock shows summer flounder is experiencing overfishing, the Atlantic States said. American commercial fishermen have brought more than 10 million pounds of the fish to land in all but a few years since the mid-1970s, federal data state.

Unlike some fisheries, which are concentrated in one or two states, the catch is spread out, with fishermen bringing hundreds of thousands of pounds to the docks in North Carolina, Virginia, Rhode Island, New York, New Jersey, Massachusetts, Maryland and Connecticut. In 2015, the commercial fishery was worth more than $33 million, the third-highest total on record.

Urban farming in New York could get easier