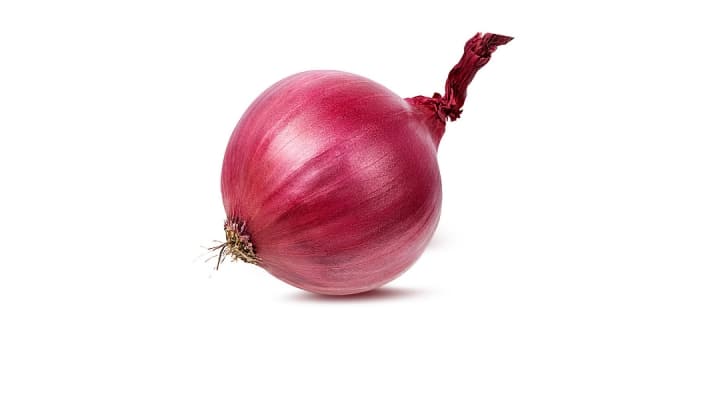 Thomson International Red Onions are now at the center of the largest outbreak of salmonella in the United States in 2020. With nearly 400 confirmed cases in the U.S., and many more in Canada, the number of victims in this outbreak will likely continue to climb. Thomson has already issued a nation-wide recall, but many of the contaminated onions are already in homes and restaurants across the nation. Ron Simon & Associates has set up a Salmonella claim Center at www.onionsalmonellalawsuit.com. (Courtesy Photo)

LOS ANGELES — Today the national food poisoning law firm of Ron Simon & Associates, along with Gomez Trial Attorneys, filed the nation’s first lawsuit in the red onion salmonella outbreak on behalf of a woman who was hospitalized for 12 days for acute salmonellosis.

According to the CDC, as of July 31st, there were 396 laboratory-confirmed salmonella victims associated with this outbreak in 34 states, including at least 59 who have been hospitalized. Salmonella is a bacteria that is usually transmitted through human feces.

The lawsuit was filed against Thomson International, Inc. and the retail outlet, Stater Bros Markets, in Riverside County, California, on behalf of Betty Alderson. A copy of the lawsuit is available upon request.

Mrs. Alderson purchased onions from the local Stater Bros Markets, and shortly thereafter began to experience severe abdominal pain, nausea, and frequent diarrhea. On June 29th, she was forced to seek medical treatment at San Gorgonio Memorial Hospital in Banning, California. She was admitted due to the severity of her condition, including kidney failure. She was hospitalized for twelve days.

By early July, 2020, the Centers for Disease Control and Prevention (CDC), the U.S. Food and Drug Association (FDA), and state and local health agencies had identified a large spike in Salmonella Newport cases across 34 states and Canada. After an intense investigation and trace-back effort, the CDC and FDA announced, on July 31, 2020, that the source of the outbreak was red onions produced by Thomson International, Inc. of Bakersfield, California.

In response to the investigation Thomson International, Inc. initiated a voluntary recall of all of its onion products to prevent the continuous spread of salmonellosis. The recall was announced on August 1, 2020, and it includes Red, Yellow, White, and Sweet Yellow Onions shipped by Thomson International, Inc. from May 1, 2020 through the present.

The contaminated onion products were distributed to wholesalers, restaurants, and retail stores in all 50 states, the District of Columbia and Canada.

The outbreak has also spread to Canada, with 114 reported cases in the following provinces: British Columbia (43), Alberta (55), Manitoba (13), Ontario (2), and Prince Edward Island (1). The Canadian Food Inspection Agency (CFIA) has reported that those with reported salmonella infections confirmed eating red onions at home, at restaurants, or in residential care settings.

The investigation into the outbreak and illnesses are ongoing.

Over the last 25 years, Ron Simon and his colleagues have prosecuted thousands of food poisoning cases for victims across the United States. His work has resulted in numerous upgrades to food safety procedures in Fortune 500 companies and in legislation designed to protect consumers from dangerous food-borne pathogens.

Mr. Simon and his clients have been featured on NBC, ABC, CBS, CNN, FOX and virtually all other major television networks and print media. Mr. Simon and his legal team have collected over $750,000,000 for their clients. He regularly publishes articles about food safety and litigation at www.foodpoisoningnews.com which are read by viewers in over 180 countries.

Through litigation, media commentary, and his food poisoning publications, Mr. Simon relentlessly challenges food manufacturers, distributors, and restaurants to do a better job in making our food safe.