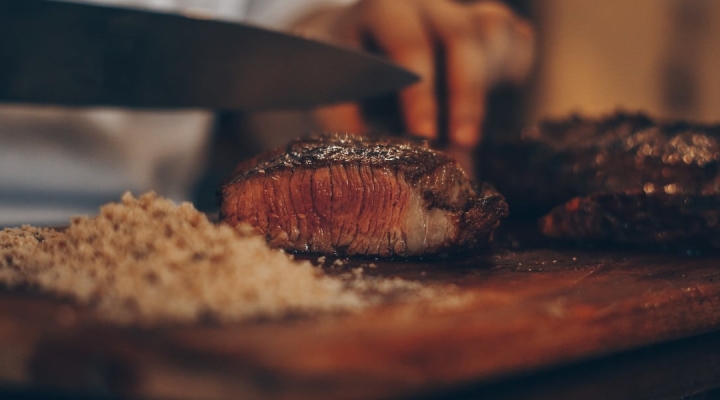 While beef export growth has been largely driven by major Asian markets such as South Korea, China/Hong Kong, Japan and Taiwan, exports are also trending higher to the ASEAN region, the Caribbean, Central America, Europe and the Middle East. (Photo by Emerson Vieira on Unsplash)

WASHINGTON — U.S. beef exports remained on a red-hot pace in June, topping $1 billion for the fifth time this year (after twice reaching $1 billion in 2021), according to data released by USDA and compiled by the U.S. Meat Export Federation (USMEF). Exports of U.S. pork remained below last year’s large totals in June, while lamb exports continued to trend higher.

While beef export growth has been largely driven by major Asian markets such as South Korea, China/Hong Kong, Japan and Taiwan, exports are also trending higher to the ASEAN region, the Caribbean, Central America, Europe and the Middle East.

“The first-half performance for U.S. beef exports was nothing short of remarkable, especially considering the growing economic headwinds in many key markets and continued shipping and logistical challenges,” said USMEF President and CEO Dan Halstrom. “The rebound in the global foodservice sector has provided a tremendous lift in 2022, even though it is still far from a full recovery in many Asian and European destinations. We definitely see opportunities for further growth, though inflationary pressure and the stronger U.S. dollar continue to raise concerns about consumer spending power.”

Exports to leading market Mexico are well ahead of last year’s record pace, and first-half shipments were also record-large to the Dominican Republic. Exports are on a record value pace for Colombia and export value is also trending higher to South Korea. While pork shipments to China/Hong Kong are down significantly from a year ago, variety meat exports have regained some momentum.

“The decline in first-half pork exports was not unexpected, given the recovery in China’s domestic production and its reduced need for imports,” Halstrom said. “The good news is China’s hog price is up about 40% since mid-June and we are seeing some rebound in China’s demand for pork variety meat. Meanwhile pork shipments to Mexico remain on a record-shattering pace and demand has also strengthened in recent months in markets such as Korea, Colombia and the Caribbean. In these key destinations, the gains U.S. pork has made in the processing and retail sectors are being complemented by stronger sales in foodservice.”

A detailed summary of January-June red meat export results, including market-specific highlights, is available from the USMEF website.

Does dew provide water to plants?